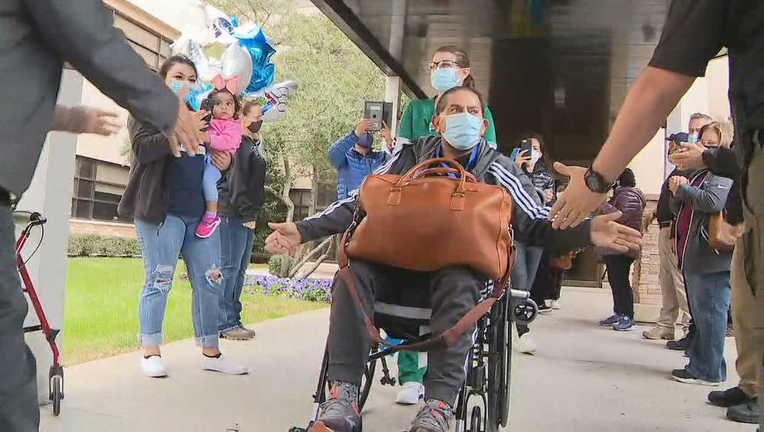 THE COLONY, Texas - A North Texas police officer is finally home after spending months battling COVID-19 in hospitals and rehab.

Officer Hector Garcia with The Colony Police Department in Denton County got sick in November.

He spent more than 80 days in hospitals. Thursday he was released from a rehab facility in Plano.

Family, friends and fellow officers were there for the big moment.

"I wasn’t expecting this so it’s good to know that the community is behind me 100%," he said.

Garcia also pointed out that hasn’t been able to see any of his friends or colleagues since November.

"Haven’t seen anyone except my wife so I’m very excited," he said.

"It’s really great to see him triumph and be released today because he got really close to not making it," said Sgt. Aaron Woodard, with The Colony PD.

The 16-year police veteran said he’s excited to be able to walk again and hopes to make a full recovery.