Texas: The Issue Is - Secretary of State John Scott on the election security

Secretary of State John Scott says he is confident the 2022 midterms will be the "safest, most transparent" election the state has ever conducted.

This week’s Texas: The Issue Is focuses on the midterm election here in Texas.

Since 2020, election officials have been under a microscope. FOX 4's Steven Dial sat down with Texas Secretary of State John Scott to talk about voter confidence and the early vote turnout ahead of this midterm election. 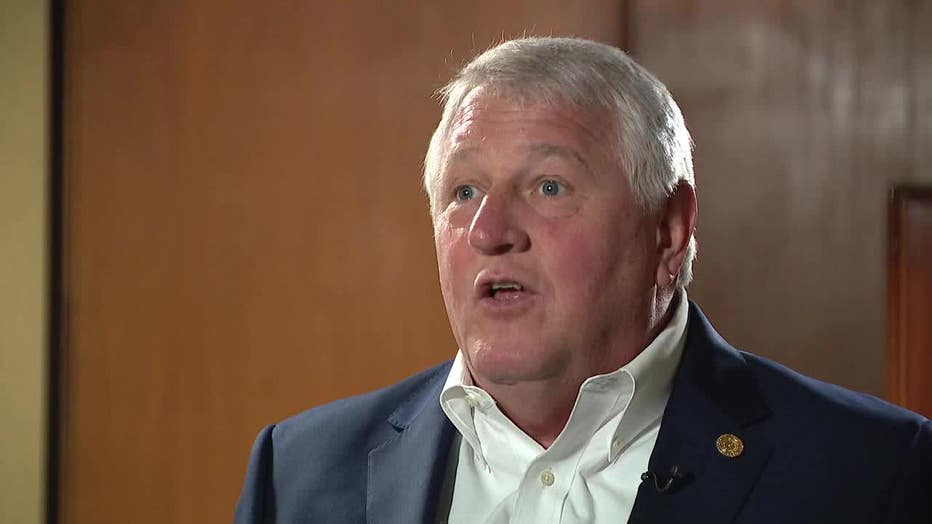 John Scott: It's going to count and nobody is doing anything to take their vote away.

Steven: People like Heider Garcia, in Tarrant County (election administrator), they have received death threats, there’s been more public records requests, challenging elections results. First off, as the Secretary of State for the state of Texas, was there a secure and safe election in 2020.

Steven: How has early voting been in the state of Texas? I know we compare it to 2018, but would you say 2018 is an outlier when it comes to early voting in Texas?

John Scott: Steven, it was. In 2018, we had a highly contentious Senate race between Beto [O’Rourke] and Ted Cruz and I think we ended up with about 52%. If you look back at other midterm elections, the normal turnout is somewhere in the mid 30 percentiles, I would expect this to be more in the normal range 35-37%.

Steven: The first week of early voting in Texas, nearly 3 million voters, is that a good number? Is that a low voter turnout? Or is that a typical Texas midterm turnout?

John Scott: It would be very consistent with what would be a typical one. We are seeing mail ballots coming in lower, compared to a 2020 which was a presidential and unique event because it was during COVID.

FOX's Steven Dial, Greg Groogan and Rudy Koski break down issues like voter turnout, voter fraud and the chances of a Republican sweep in the statewide races.

Steven: There's been some concern, social media talk, about your offices actions, specifically in Harris County. What's going on down there where you felt the need to send some observers. I don’t want to say intervene, but Harris County is being looked at different than Dallas County.

John Scott: What we found [from the 2020 election] there are 14 of those mobile ballot boxes or MBBs that did not have the same chain of custody that we saw with the others, and therefore we raised that issue with them in person, but we also wanted to elevate and make sure that this coming election that they focused on chain of custody so we don’t have those questions.

John Scott: Literally, we would have…were we having these issues in Loving County, the smallest county and probably all Republican, we would be sending those letters to them.

Steven: What would you say to someone who is still not confident that when they go vote for whoever they want to vote for on November 8th that their vote will be counted properly.

John Scott: There’s 254 counties with people who are spending their existence making sure people have safe elections that’s also true at the state level. There are so many eyes, so many ears watching our elections. We feel very confident this is the safest, most transparent election we will ever have conducted in the state.