The head of the Texas Military Department acknowledged problems keeping up morale among personnel deployed to Operation Lone Star.

DALLAS - The head of the Texas Military Department acknowledged problems keeping up morale among personnel deployed to Operation Lone Star.

Complaints about poor living conditions for the border operation got the attention of state lawmakers. They heard on Wednesday what's being done about it.

This fiscal year, the state of Texas has spent more than $1.3 billion trying to secure the southern border.

At a Texas House committee meeting Wednesday, top generals talked about steps being taken to increase morale and wellbeing. 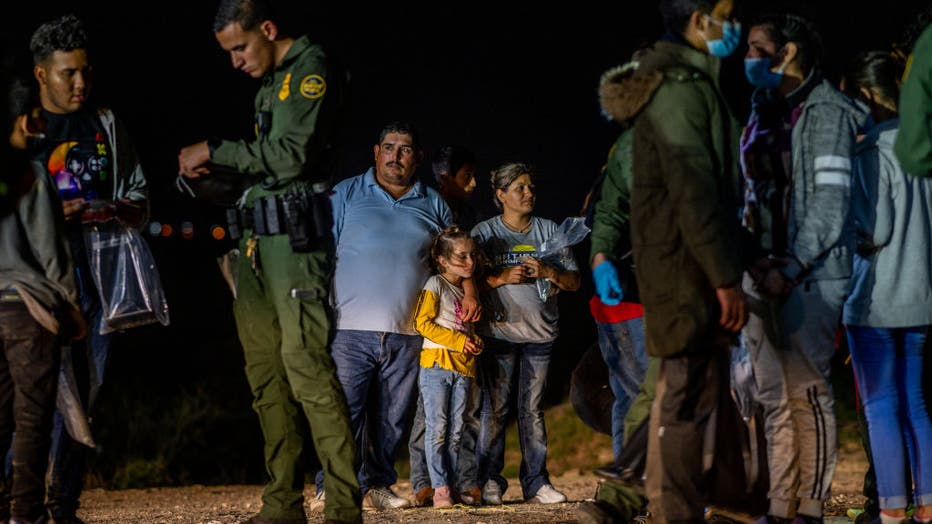 ROMA, TEXAS - MAY 05: A migrant family stands waiting to be processed on May 05, 2022 in Roma, Texas. Texas Gov. Greg Abbott's "Operation Lone Star" directed approximately 10,000 members of the national guard to assist law enforcement with patrol and

It's been a taxing time for Texas National Guard troops and other service members assigned to Operation Lone Star.

The mission to secure the southern border that began in March 2021 has been, at times, exhausting, according to the head of the Texas Military Department.

Testifying before the Texas House Committee on Defense and Veterans in Austin Wednesday, Suelzer said DPS and National Guard troops have apprehended some 279,000 illegal border crossers since the start of the operation. There were 5,000 over the Fourth the July weekend alone.

Suelzer says the Texas Military Department recently conducted an internal assessment, which led to the reduction of headquarter staff overhead and a streamlining of logistics.

"The efficiencies have allowed us to send over 700 support personnel home and close one base camp," he said.

But thousands of service members remain at the southern border indefinitely.

In an effort to increase morale, the five remaining base camps have been converted into dorm-style facilities featuring amenities like a gym, laundry facilities and regular entertainment. New high-speed internet is reportedly much more reliable, allowing troops to call their families regularly.

Still, Major Gen. Win Burkett, commander of the 36th Infantry Division and Border Task Force, says he sees more reports for referrals to mental health services than ever before.

"We have command teams that embrace that and demonstrate that if you ask for help, you'll get it," he said.

Resources are also being made available for service members who suffer from PTSD and traumatic brain injuries.

A lot of that help continues once service members come off of active duty.

The generals who testified Wednesday say with migrant crossing remaining at record highs, Operation Lone Star has no end date as of now.