Gov. Greg Abbott has made the record number of border-crossers from Mexico and criticism of the federal government's response the cornerstone of his administration. But now, some local leaders in Texas border counties want the migrant surge declared an "invasion." They think that would trigger a constitutional mandate for the White House to send more resources.

DALLAS - Gov. Greg Abbott has made the record number of border-crossers from Mexico and criticism of the federal government's response the cornerstone of his administration.

But now, some local leaders in Texas border counties want the migrant surge declared an "invasion." They think that would trigger a constitutional mandate for the White House to send more resources.

Some Texas politicians say what we’re seeing at the southern border is an invasion. The question is will that wording hold up in court?

Republican officials from a group of Texas counties near the southern border are declaring the migrant crisis an "invasion."

"We’re here to tell you that the invasion is real," said Terrell County Judge Dale Carruthers. 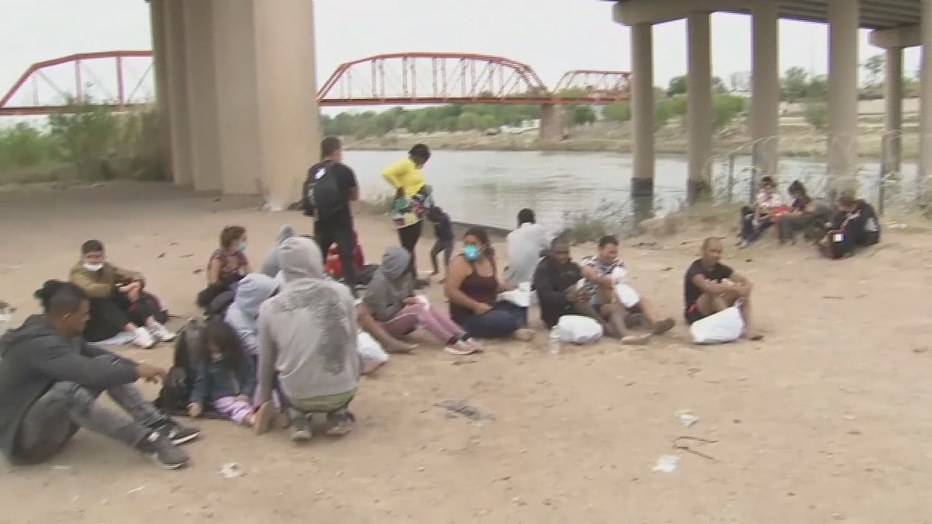 These Texas officials believe Article IV of the constitution, which says the U.S. "shall protect each [state] against invasion," should require more federal assistance. They’re also calling on state leaders to create declarations and take further action.

"It is an invasion that is being pushed by the cartels into our country, and it has to stop," said Goliad County Sheriff Roy Boyd.

The numbers of illegal immigrants and asylum seekers are hitting historic levels.

U.S. Customs and Border Protection says there were nearly 240,000 encounters along the southwest land border in May, which was an all-time monthly high.

A quarter of those migrants had at least one prior encounter during the past year. Still, some constitutional law experts believe that word "invasion" doesn’t apply here.

"I don’t think a court would seriously consider expanding the term invasion to cover this," said constitutional law attorney and FOX News contributor Jonathan Turley. "We’re probably never even going to get to a place where a court is actually going to parse out the constitutional text on this because they’re probably going to say that it’s something that is for the political branches to decide."

Last month at the Summit of the Americas, President Joe Biden announced a regional migration agreement.

The president of Mexico declined to attend the summit, but the White House says 20 countries signed on to strengthen legal immigration pathways, enforce borders and crack down on human trafficking.

"Unlawful migration is not acceptable, and we’ll secure our borders, including through innovative, coordinated actions with our regional partners," Biden said.

Border encounters were drastically down during the early stages of the pandemic.

Since President Biden took office in 2021, the average number of monthly encounters has more than tripled, according to CBP data.

Ones living near the border believe it’s an issue that doesn’t appear to be going away.

"We want America to know this is real," said Kinney County Judge Tully Shahan. "We’re trying to protect our folks, and we’re not ashamed to do that. We need to do it, but we need help."

"All strategies remain on the table as Texas continues stepping up in the federal government’s absence. While President Biden ignores the ever-growing humanitarian crisis, and Congressional members visit the border for photo-ops and then return to Washington to do nothing, Texas has deployed thousands of Texas National Guard soldiers and DPS troopers and allocated over $4 billion of Texas taxpayer money to secure our border, including building our own border wall, erecting strategic barriers, and sending significant resources to help our local partners as was mentioned repeatedly in the Brackettville press conference. This has resulted in over 274,000 migrant apprehensions, over 16,900 criminal arrests, including smugglers and human traffickers, over 22,000 turnbacks, and millions of lethal doses of fentanyl seized. It’s past time for President Biden—and for both parties in Congress—to do their jobs and secure our southern border. As the challenges on the border continue to increase, Texas will continue to take additional unprecedented action to address those challenges caused by the Biden Administration."