There is positive news to report from the state on hospitalizations. They dropped by about 100 from Tuesday to Wednesday.

DALLAS - There is positive news to report from the state on hospitalizations. They dropped by about 100 from Tuesday to Wednesday.

The Department of State Health Services says that’s because it removed nearly 3,500 from the overall total of confirmed cases because for weeks San Antonio was including probable cases in its numbers instead of just confirmed cases.

However, Wednesday’s new 110 reported deaths was a one-day record in Texas.

Dallas County reported 1,055 new cases and eight additional deaths. It's the 13th straight day that the county has added 1,0000 or more cases. Overall, Dallas County says its rate of hospitalizations and ER visits remains at a high level.

Wednesday’s drop in statewide hospitalizations comes at a critical time for hospitals. Resources are stretched, and at least one Texas city will open a field hospital.

While the numbers Wednesday were better when it comes to hospitals, healthcare workers are still dealing with surges in hospitals. 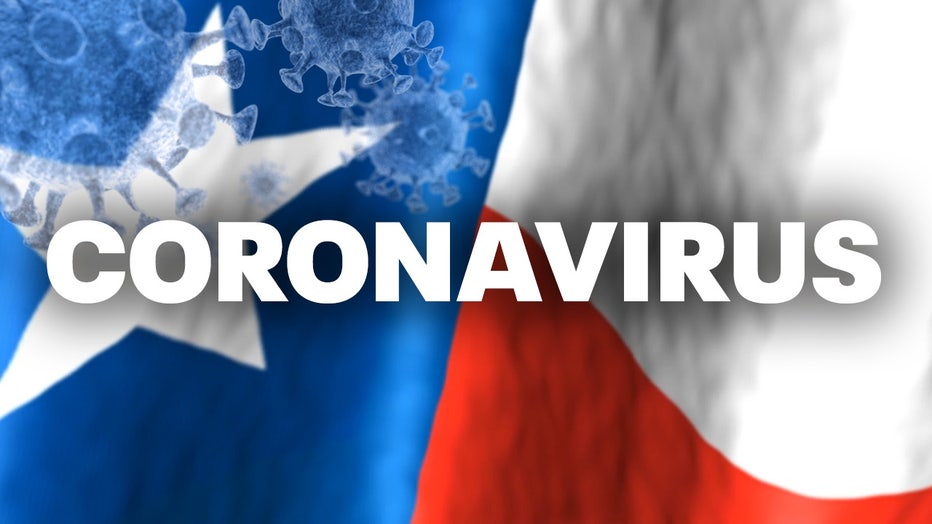 A day after Texas set a record for COVID-19 patients in hospitals, the state reported a slightly lower number Wednesday.

Dr. Diana Fite works in Houston, where many hospitals are reportedly overloaded and turning away patients. She is the president of the Texas Medical Association.

“I believe that would mean people are taking more seriously the social distancing and the mask. We are saying that over and over again,” she said.

Health officials say we still have not seen the results from what may have happened over the July Fourth holiday.

Starting next week in Austin, the city will open its convention center to be used as a field hospital.

Dr. Fite says healthcare workers are hoping cases and hospitalizations continue to reduce. This, as they worry about their own health.