Texas Gov. Abbott says he will adopt 'Parental Bill of Rights' for education

During a campaign event Thursday Founder’s Academy in Lewisville, Governor Greg Abbott promised to adopt a so-called "Parental Bill of Rights." He claims it will make parents more involved in what their kids learn in school. But educators said it does nothing to help parents and plenty to hurt schools.

He claimed it will make parents more involved in what their kids learn in school.

Educators said it does nothing to help parents and plenty to hurt schools.

"I am running for re-election to create a Parental Bill of Rights to restore parents as the primary decision-makers of their child’s education and healthcare issues," Abbot said.

The governor outlined several goals, calling for parents to have greater access to school materials to ensure parents have the option to decide if their child should repeat a course or grade level.

He also pointed to amending the state constitution to "make clear" parents are primary decision-makers involving their children, and Abbott also said they’ll target licenses and credentials of educators who give students what he calls "obscene" content. 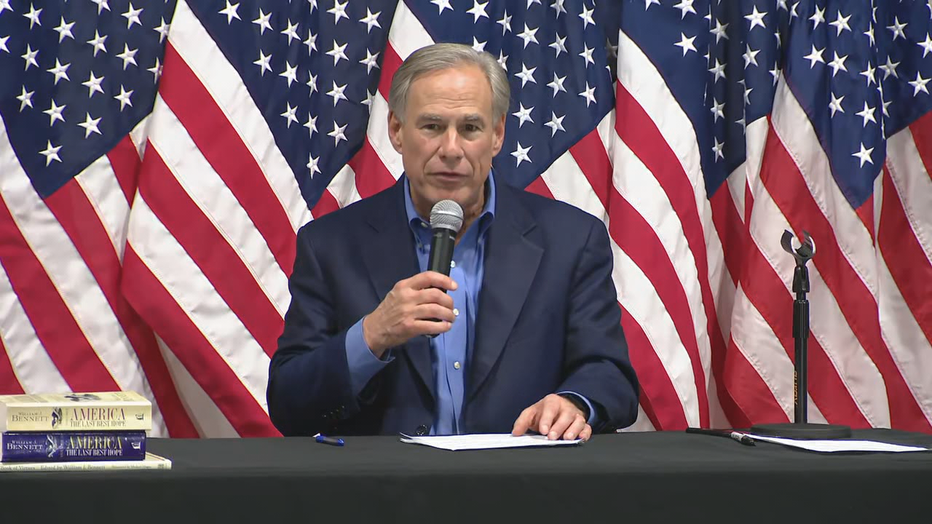 "When you see the various different ways that government seems to be intruding into the parental decision-making process, you see what’s happening is the essential role of parents is being threatened by the government themselves," Gov. Abbott said.

READ MORE: Virtual learning option to be offered to some Dallas ISD students next school year

Parental Bill of Rights have been a recent trend pushed by Republican state leaders and candidates for office.

Good Day looks at the pros and cons of Gov. Greg Abbott's Parents' Bill of Rights with Southern Methodist University political science professor Dr. Cal Jillson. He says it's part of a national conservative push to shape how schools address race and sexuality.

At the time, his office only had a couple examples, including Keller ISD, which had just removed a book from a high school about gender identity containing sexual descriptions and illustrations.

"The culture war stuff that only ends up dividing us and pitting us against each other, that's what Greg Abbott is focused on, and I really think that's a very small minority of Texas who wants to fight over that stuff," he said.

O’Rourke said that while parental involvement is good, the state needs to do more to fund public schools and pay teachers more too.

"So I want Texas parents to be as involved as they possibly can be, and I want to make sure that we support that while we are also supporting Texas educators and school teachers as they deliver the best possible education to those kids," O’Rourke said.