A record-setting election turnout is likely to become official Friday as Texas is set to pass 2016’s total number of voters before 2020 early voting concludes.

DALLAS - A record-setting election turnout is likely to become official Friday as Texas is set to pass 2016’s total number of voters before 2020 early voting concludes.

As of Thursday morning, more than 8.6 million Texans had cast ballots since the start of early voting. Total turnout for 2016 was 8,969,226. Texas leads the nation this year in early voter turnout.

People have been encouraged to vote early to try and avoid close contact and long lines on Election Day, but experts say that's not the only reason more people are showing up.

“The political parties have really been encouraging people to do in-person early voting,” Lowry said.

The Texas Secretary of State says almost 90 percent of votes, so far, have been in person.

An Austin researcher who tracks early voting found 350,000 more Republicans have cast ballots over Democrats statewide, based on records of recent primary voters. Texas does not requires voters to pick a party when they register.

“Texas has traditionally been a red state, so it’s no surprise more Republicans than Democrats have turned out,” said SMU political science professor Cal Jillson. 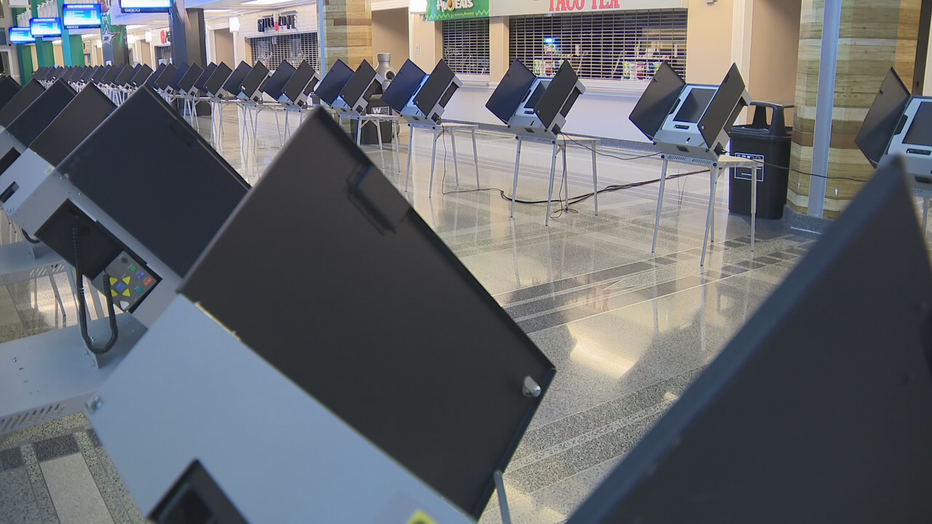 But there are also 3.5 million people statewide who cast early ballots that have not voted in a primary before.

“Who are all these new people that have turned out and how will they break between the Democratic and Republican parties?” Jillson asked. “I have to believe that they'll break toward the Democrats.”

Which means some of the long lines from early voting could pop up again on Election Day.

“In a very high turnout election where both sides think there’s a lot at stake, people will continue to want to be involved,” Jillson said.

Some experts are predicting total Texas voter turnout for 2020 could reach as high as 12 million.

A Democratic presidential candidate has not won since Jimmy Carter in 1976. The final day of early voting is Friday and Election Day is next Tuesday, November. 3.

How Texans can track their mail-in ballots

Polls, late campaign activity suggest Republican dominance in Texas could be at risk