ARLINGTON, Texas - The 18-year-old accused of a shooting at Timberview High School Wednesday made a long, silent walk out of Tarrant County Jail Thursday afternoon to get fitted for an ankle monitor while he awaits a criminal trial.

An arrest warrant affidavit said a witness in the classroom saw Timothy Simpkins reach into an orange backup and pull out a weapon.

The family's representative said what happened at Timberview High was not your typical school shooting.

Instead, the Simpkins family said Timothy was being bullied, something Arlington police said does not excuse the 18-year-old's actions.

One teacher who was in a nearby classroom took immediate action to make sure his students were safe.

"It was more of telling myself, to the best is my ability, I’m going to keep these kids safe and make sure these kids make it home to their parents," recalled Dale Topham.

Topham is an instructor with Tarrant County College, who has a regular assignment at Timberview High School.

Just two classrooms away from where the shooting happened Wednesday, he was with 20 sophomores for a U.S. history course.

"My students immediately recognized it for what it was. They collectively said, ‘Oh! That’s gunfire!’ And they jumped into action," Topham said. 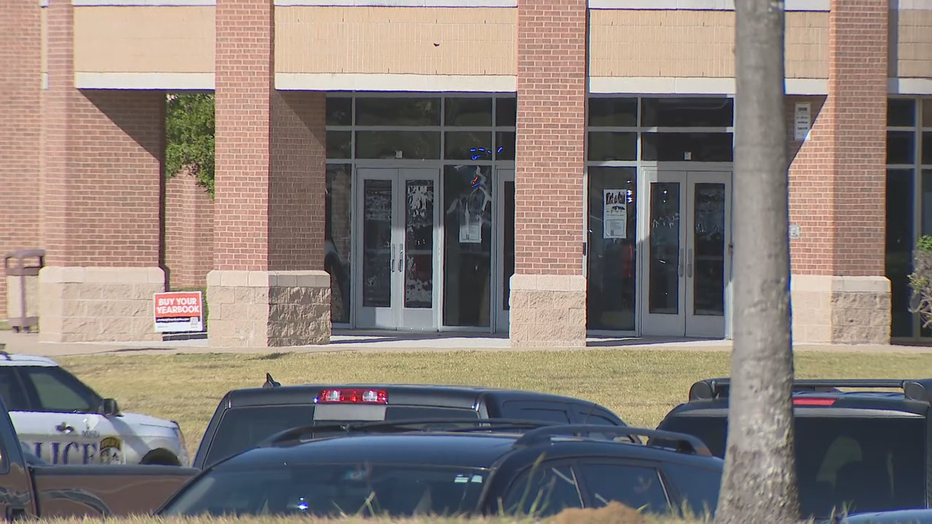 The result of that quick action was a makeshift barricade made from a bookcase, desks, chairs, and more. It was the solution to a dilemma because they could not lock the door.

"You’re supposed to lock the classroom door, but because I’m a TCC instructor, not a Timberview instructor, that meant I couldn’t lock the door. So we went with the alternative of putting up a barricade," Topham said.

It happened in the midst of the chaos unfolding around them.

"A couple of them were crying, they were huddled in the corner crying, calling their parents letting them, A: I’m alright, B: I’m scared to death. Their friends coming over giving them hugs trying to help them feel better. For others, it was really more curious," he said.

The students, who were in search of information, turned to live news reports being broadcast nationwide.

Topham, who has a teenage daughter in another district, believes the parent in him took over and guided his every effort.

"I’m sitting there with these kids and they are crying and I’m thinking, if my daughter was in this situation, I would want the teacher to do whatever they could to keep her safe," he said. "So that’s kind of where my mind went."