He says he's seen a small number of ballots come in that can't be accepted, and he thinks a social media conspiracy theory may be to blame.

The Tarrant County elections administrator is warning voters about a conspiracy theory online that is now impacting his office and could risk voters not getting their vote counted. 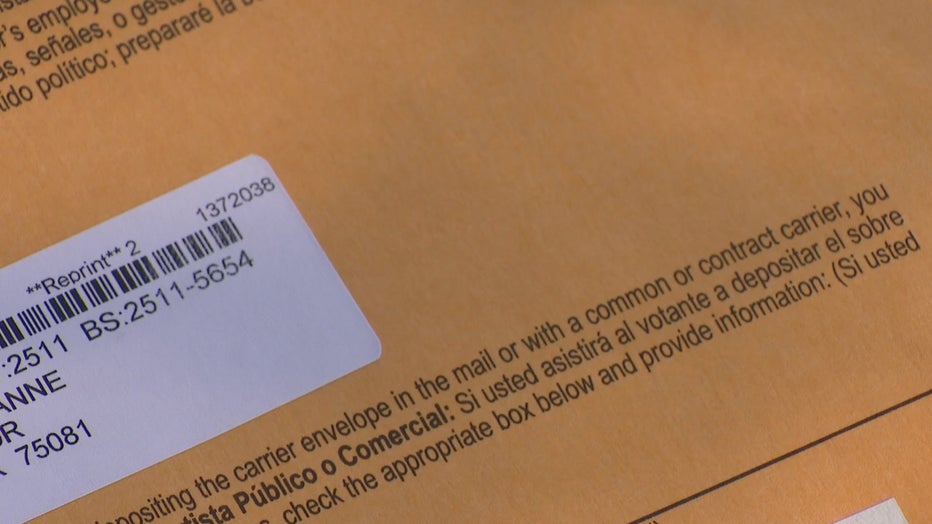 Garcia says his office received completed mail-in ballots with the barcodes on the carrier envelopes blacked out with marker. He points to conspiracy videos, similar to one that circulated on Facebook in August. The video was widespread enough that news agencies issued fact checks.

“There are some videos out there saying that with the barcode you can track who is a Republican and who is a Democrat,” he said.

Instead, Garcia says the barcodes are used to make sure a ballot is legitimate, to scan it when it has been received and to register that the voter has cast a ballot. Without the barcode, the vote might not be counted.

“If we don’t know who mailed in that envelope, we don’t know how to mark that you voted,” Garcia said. “So basically, we can’t accept it.”

So far, only about half a dozen have been received with the barcode blacked out. But Garcia wants to get the message out to make sure more people don’t do the same thing.

More than 80,000 mail-in ballots have been mailed out in Tarrant County. Half have been completed and sent in.

“Don’t fall for it,” Garcia warned. “Don’t risk your ballot not getting counted.”

Garcia wants voters to call him or call their elections department if they see something online that concerns them rather than take matters into their own hands.