GARLAND, Texas - There is more information about the ongoing conflict prior to the shooting at a Garland gas station last week that left three teenagers dead.

New details surrounding the shooting that killed three teenagers and wounded a fourth at a Texaco gas station in Garland the day after Christmas and prior gunfire that led to it. 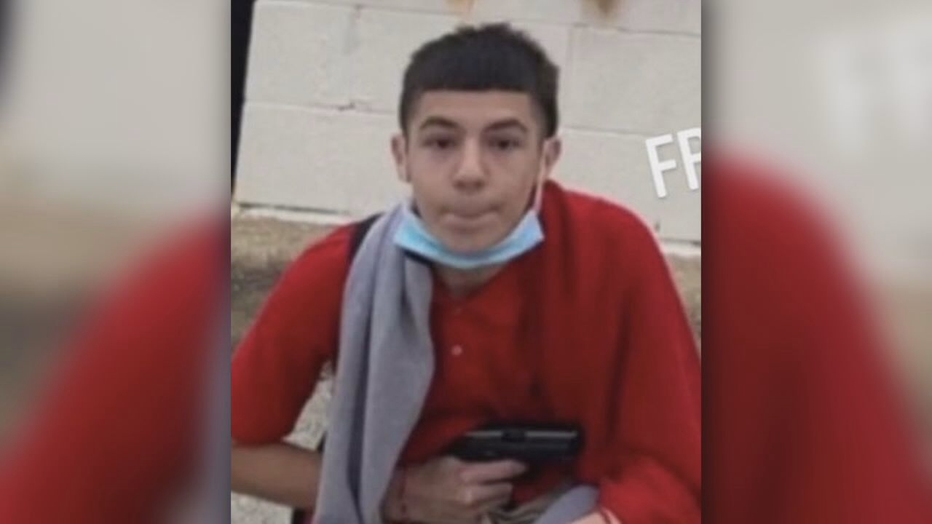 Leslie Padilla’s brother, 17-year-old Rafael Garcia, is one of the three kids killed.

"It’s just difficult. We’re just asking for prayer. That’s all we can ask for," Leslie said. "We just ask for prayers to have strength because tomorrow’s going to be the hardest day of our lives."

Police say Rafael was at the gas station with 16-year-old Ivan Noyola. They knew each other.

Police said there was a prior disturbance between at least one of them and the alleged shooter: 14-year-old Abel Acosta.

The third victim, 14-year-old Xavier Gonzalez, was an innocent bystander. 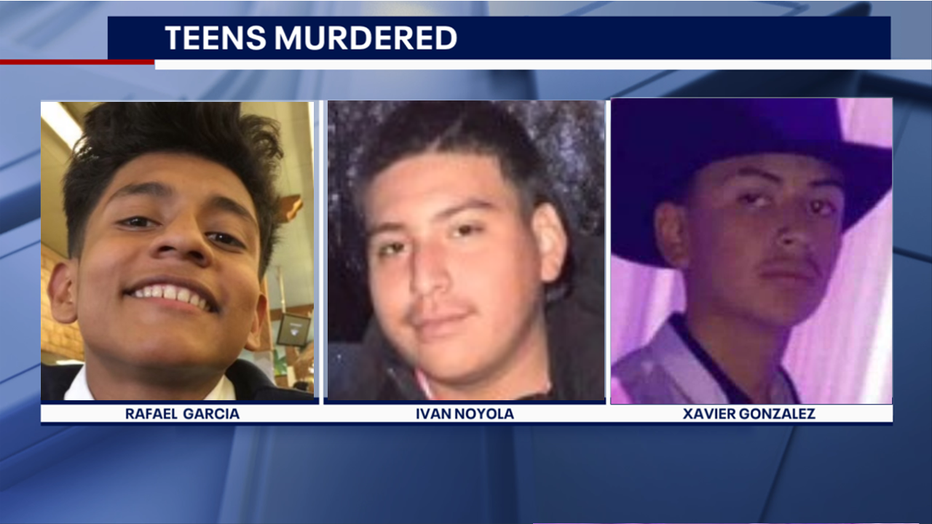 According to an arrest affidavit, either Rafael or Ivan reported to police their group was shot at by Abel’s group on Nov. 19.

Abel is still on-the-run, but his father — Richard Acosta — is in jail. He turned himself in as the suspected getaway driver.

The father’s arrest affidavit sheds light on a 14-year-old who police initially arrested but did not charge. The teen reportedly created a fake Instagram account to send taunting messages to family members of a victim.

Police traced the account to a cell phone, leading to the teen’s home address. SWAT arrested him a day after the shooting. He maintained his innocence, only expressing knowledge of the shooting.

Police initially believed the teen in custody was the shooter, but the one seen on surveillance was wearing a mask and was difficult to identify. The teen gave police names, according to the affidavit, and was released but is still a person of interest.

"I want them to pray for us, to pray to the Lord that he welcomes with his open arms," Leslie said.

"He would always keep a Bible right next to his bed where he would sleep," she said.