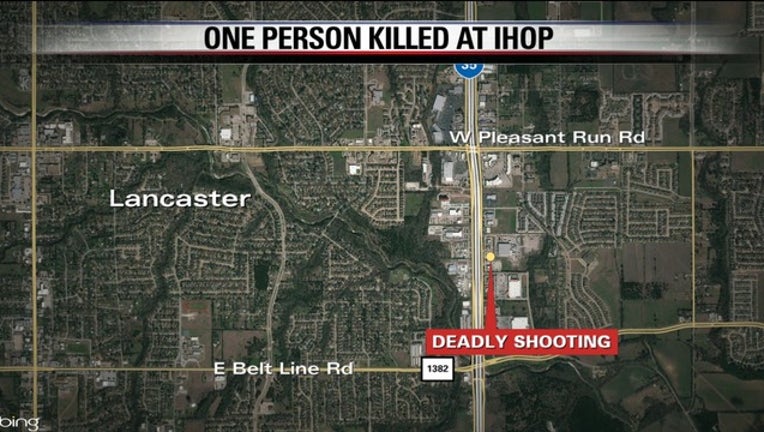 LANCASTER, Texas - A man surrendered to police in Duncanville to face charges for a fatal shooting in neighboring Lancaster.

Two people were shot Saturday afternoon outside of the IHOP restaurant on Interstate 35E in Lancaster.

One man died at the scene. A woman was taken to a local hospital and is now recovering.

Police called the shooting an isolated incident. They have not released any details about the motive.

The case is still under investigation.