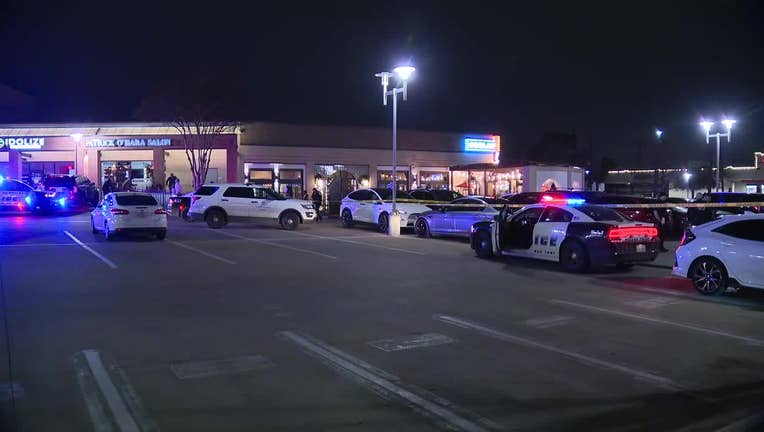 DALLAS - Dallas police said at least one person was shot during an attempted carjacking at a shopping center Friday evening.

The shooting happened just after 6:30 p.m., in the 5600 block of Lovers Lane, between Inwood and the Dallas North Tollway, just west of University Park.

According to police, three people were involved in the carjacking, and one of them was shot.

That suspect was taken to a hospital, while the other two suspects ran from the scene, police said.

There were no other injuries reported.

No further details have been released about this shooting.