Dallas Police Chief Eddie Garcia sat down for a one-on-one interview with FOX 4, where he pointed out data highlighting a decrease in murders, aggravated assaults, robberies of individuals, and more.

DALLAS - Pick any major city in the country, and there will likely never be an end to violent crime.

Dallas is no different, but the city’s chief of police believes data shows the city is trending in the right direction.

Nearing the end of 2022, overall violent crime in the city of Dallas is down more than 6% compared to last year.

"There’s no time to celebrate in this job. You’ve got to keep working hard," Garcia said.

Garcia pointed to data highlighting a decrease in murders, aggravated assaults, robberies of individuals, and more.

There’s one major category seeing a slight increase, and that’s robberies of businesses. There were 439 in 2022, compared to 433 in 2021, but overall, violent crime is down.

"Violent crime gun offenses is one thing that I’m very proud of, which is down almost 6% this year," Garcia said.

Garcia came to Dallas in 2021 following one of Dallas’ most violent years in decades. 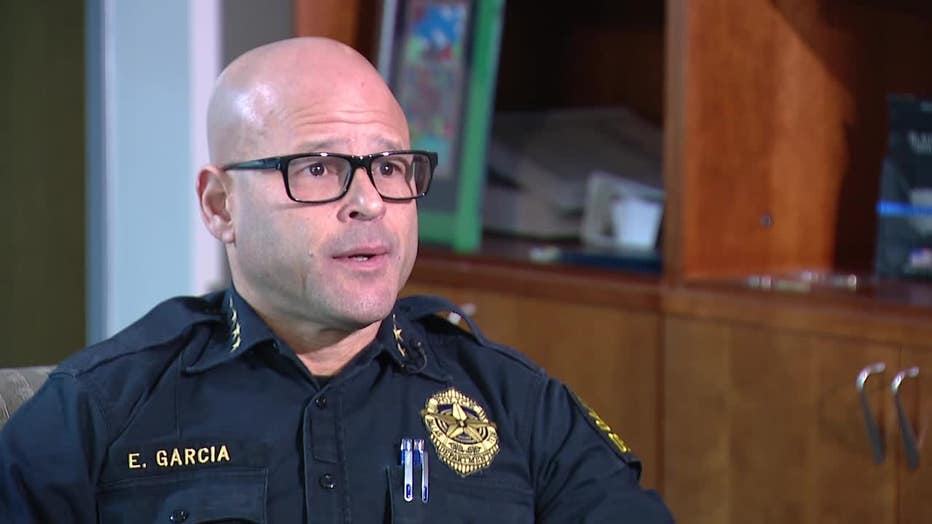 The chief’s violent crime reduction plan began in May 2021.

The department began increasing visibility at 50 of those grids where it said violent crime is concentrated.

An example was 3550 East Overton Road.

"The thinking was that by reducing violent crime in those areas that we will reduce violent crime overall, and that’s exactly what we’re seeing," Garcia explained.

Some department issues, however, are worsening. Specifically, police response times.

The department is receiving more calls.

Its goal is to respond to Priority 1 calls — the most pressing — within eight minutes.

Last year’s average was 8.27 minutes, and this year was more than a full minute slower, 9.51 minutes.

Priority 2 response times are nearly doubling. They were at 37.32 minutes last year, and 64.51 minutes this year.

Garcia said the department is still about 100 officers short of being fully staffed.

Chief Garcia maintains concern about what happens after arrests.

He said more than 80% of arrests made by Dallas PD’s Fugitive Unit are people with prior arrests.

More than a quarter are out on bond within two weeks.

Garcia said Dallas PD will continue to implement a holistic approach to policing, which means working with city departments, faith leaders and businesses to change culture and violent crime behavior, while providing avenues to jobs, education, and more.