Doug Williams has guided the top-rated Sunnyvale district through explosive growth and the building of new schools. He says his retirement is a repurposing of his role to further advocate for public schools statewide.

SUNNYVALE, Texas - The superintendent of Sunnyvale ISD in far east Dallas County is retiring after 16 years.

Doug Williams has guided the top-rated Sunnyvale district through explosive growth and the building of new schools. He says his retirement is a repurposing of his role to further advocate for public schools statewide.

Williams has guided the district through expansion, but he is not leaving for the political and cultural discourse that has worked its way into public education and school boards.

"It's an opportunity for me to leave during a good time for our school district so that the new superintendent's not coming in inheriting a situation where they've got a dysfunctional board, or they've got a divided community," he explained. 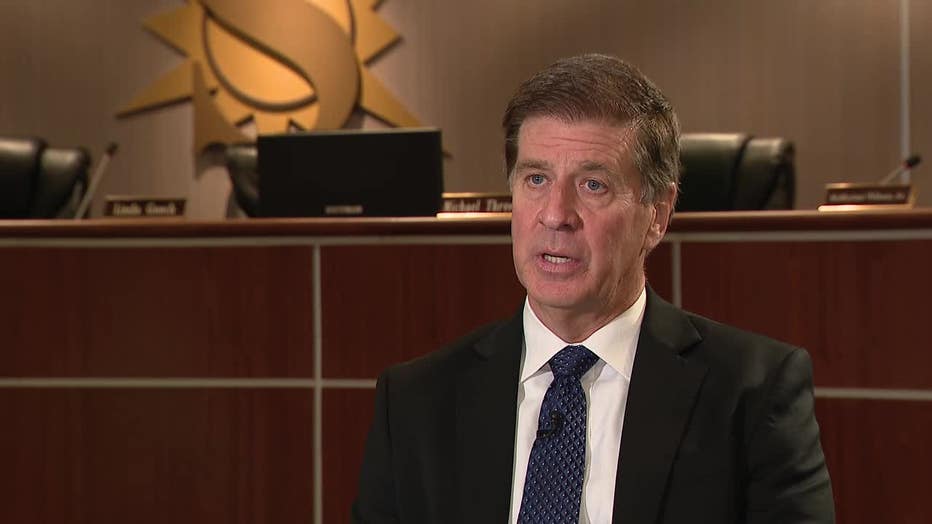 "I think more than anything there is a perception that public education is failing. That cannot be further from the truth," he said. "I think a lot of that comes from the people that do want vouchers to be put in."

A voucher program would allow public money to be used for scholarships to private schools, taking funding away from public school districts.

The push for vouchers, Williams believes, is behind the cultural issues that have crept into the public school discourse.

"Can we redefine the need for school choice because schools are promoting critical race theory? They are promoting things that are counter to a conservative system, and that can't be further from the truth," he said.

The superintendent said he tweeted at Gov. Greg Abbott last month after Abbott posted that Texas leads the nation in blue-ribbon public schools.

"If you believe in the system, why are you pitching a voucher system that will only hurt public ED?" the superintendent tweeted to Abbott. "To me, it makes no sense."

Williams says he has never had a sit-down conversation with the governor but hopes that can happen because he says there are some issues that state leaders must address for Texas to have quality public education.

"How it can be fixed is adequate funding local control, and then we must change the way that we are actively recruiting teachers," he said.

Williams says the best decision of his professional career was taking over this district 16 years ago.

"My departure does not mean that things will change here," he said. "This is all about the culture and the people of Sunnyvale, and the Raiders will continue to rise."

Williams says he is leaving sometime likely in the summer but will be in Austin meeting lawmakers next week. He also expects a voucher bill this session that he intends to speak against.