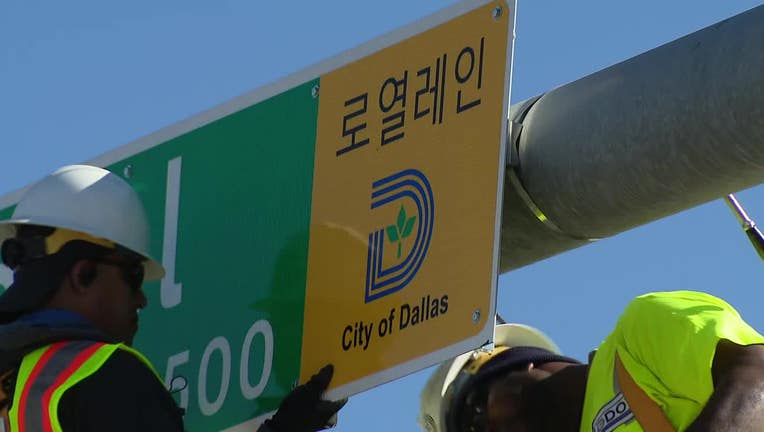 The change comes to an area of Northwest Dallas, which has the largest Korean American community in Texas.

The signs were installed at the intersections of Newkirk Street, Royal Lane, and Harry Hines Boulevard.

The unveiling celebrates Korean American Day, which is Friday, and the contributions of the Korean community here in Dallas.

"Forty years ago, our immigrant generation took an impoverished industrial area and steadily began building Korean business right here. Their fruitful work is now proudly being recognized here today," said John Lee who is a board member on the Greater Dallas Korean American Chamber of Commerce.

Korean American Day celebrates the arrival of the first Korean immigrants to the United States in 1903.