GRAND PRAIRIE, Texas - An alleged white nationalist from North Texas charged with a federal gun crime has been denied bond.

The FBI says 20-year-old Christian Michael Mackey was intent on killing members of the Jewish faith and would be a threat if released on bond.

The stepfather of Christian Michael Mackey tore apart a copy of Adolph Hitler’s Nazi manifesto that he said he found in the 20-year-old’s bedroom in the family's Grand Prairie home.

Mackey, who the FBI said labeled himself a "radical Jew slayer," and urged the killing of Jews and African Americans, will remain in federal custody following a preliminary court hearing Wednesday related to weapons charges. 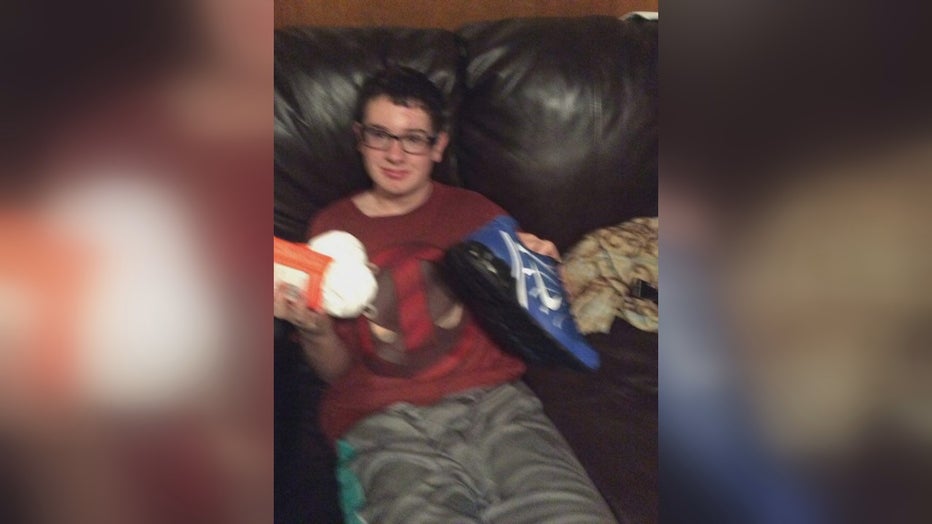 "I apologize for the words of hate that came out my son’s mouth. I don’t wish it on any ethnic group whatsoever. I live by the Golden Rule. Do unto others as you would have them do unto you," Mackey’s stepfather said.

Mackey’s stepfather, who did not want to use his name, said he raised Mackey since he was an infant.

He said Mackey grew up like most kids, but became easily manipulated on the internet, even joining a hate group called Iron Youth.

"It needs to be burned in hell. Pardon my French, but it needs to go away," Mackey’s stepfather said.

An undercover agent infiltrated the group last spring and said, following the Capitol riots in January, Mackey decided to sell a rifle outside a Grand Prairie gas station to a paid FBI source who has multiple felony convictions, which is a crime.

The FBI said Mackey said he doesn’t care if he’s selling to "Santa Claus or the devil," because he needed money to illegally purchase an AK-47.

Investigators said he bought the AK-47 from another paid FBI source at the same parking lot, but he’s yet to be officially charged with that crime.

"He got too much of his information off the internet and started believing all of the propaganda that was there," Mackey’s stepfather added.

Investigators said Mackey expressed a desire to train for a "devastating attack on the beast system and die as an infamous historical figure."

"I think I failed a little bit as a father by not being there for him," Mackey’s stepfather added.

He knew his son was reading Nazi propaganda, but said Mackey passed it off as history reading.

"I don’t condone this type of ideology in my house," he added.

Mackey’s stepfather, while furious, hopes his son can change.

"I will say this much, I will give it my heart, my soul, to right this wrong and show that my son can be a productive member of society," he added. "Everybody makes mistakes in this world. You can choose to learn from them or you can choose to keep on going down the same path."