Governor Greg Abbott is urging Texans to take the necessary precautions ahead of the winter storm Sunday.

Governor Greg Abbott is urging Texans to take the necessary precautions ahead of the winter storm Sunday.

This as TxDOT is looking to stay a step ahead to avoid another deadly pileup that happened in Fort Worth Thursday morning.

TxDOT is in the process of closing express lanes. This, as Gov. Abbott issued a disaster declaration for the entire state.

Roads are the big concerns for state and local leaders.

TxDOT said all roads have already been pre-treated, and they have snowplows on standby for when there is actual accumulation in the coming days.

In a press conference Saturday afternoon, the governor said the goal is to avoid another deadly pile-up like the one on I-35W in Fort Worth.

Abbott is also asking the White House for a federal emergency declaration in Texas.

In the next 48-72 hours, the road conditions will become more dangerous, leaders are asking people to stay off the roads and stay at home. 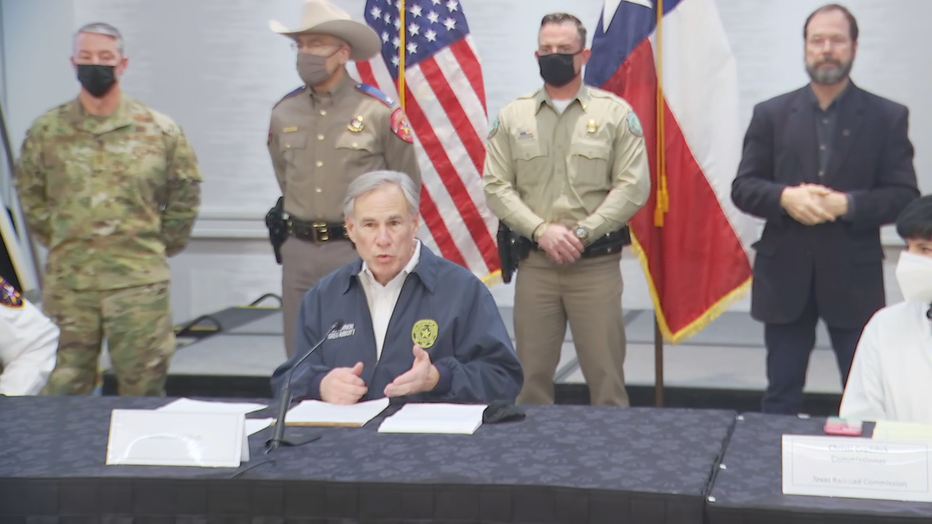 "We are closing our managed lanes, our TEXpress lanes, because this allows our crews to focus their efforts on the main lanes. We will continue to treat those roads," said Danielle Boyd, with TxDOT.

The National Guard is being deployed in rural areas.

Abbott said if anyone is stranded, call the number found on the back of the Texas driver’s license or 911.

He said more 3,000 DPS troopers will be deployed around the state.

RELATED: ERCOT expects record electric use due to extreme cold temperatures across Texas

The Electric Reliability Council of Texas (ERCOT) is also expecting record electric use as most of the state deals with the extreme cold weather.

They are asking Texans to turn the thermostat to 68 or lower, close shades and blinds, unplug non-essential items, and avoid using large appliances like a dishwasher or laundry during peak times, when it is coldest.

Officials said they have maxed out the amount of energy they can supply the grid, and are now asking for people to chip in with conservation efforts to avoid outages.