Protests in Dallas remained largely peaceful even as protestors marched down city streets and blocked traffic at times during their demonstrations.

Protests in Dallas remained largely peaceful even as protestors marched down city streets and blocked traffic at times during their demonstrations.

Wednesday’s protest started out at Dallas City Hall Wednesday afternoon with several speakers. Protestors then marched downtown to Dealey Plaza and, at one point, kneeling in the street in front of police with their hands up.

Protesters were speaking and marching since 2 p.m. Around 7 p.m., they moved their protest to the MLK Center once the curfew started. 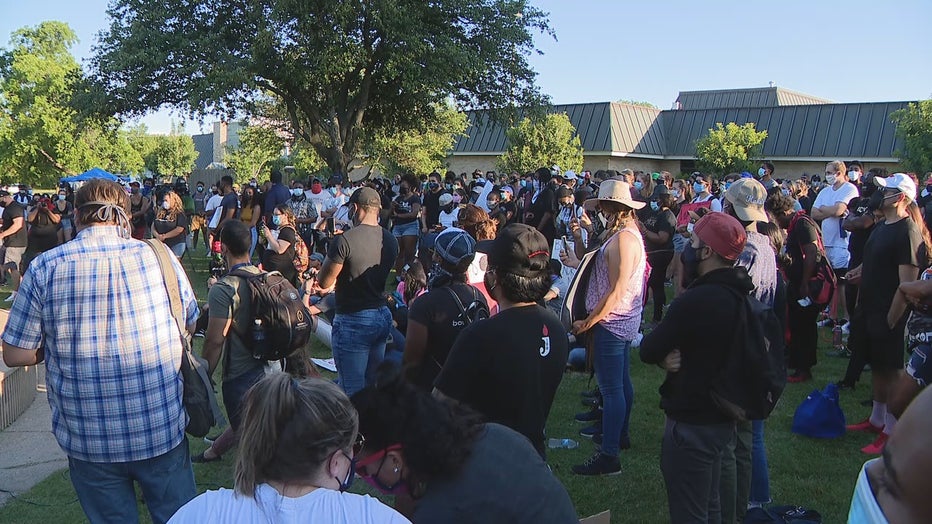 Protesters who spoke at the MLK Center say they just want city leaders and police to acknowledge their pain and their right to protest peacefully without the use of force by police.

Several Dallas City Council members, along with the city manager and a Dallas County commissioner were at the gathering to show their support.

The day started with several speakers outside Dallas City Hall, demanding more accountability from police and urging people to vote for their local officials to make a change.

For the most part, Dallas police kept their distance except to direct and block traffic away from the demonstration. Organizers of the protest say they want to work with police and protest peacefully so their message doesn’t get lost.

City council will hold a special meeting Friday at 2 p.m. to hear from residents and discuss the death of George Floyd and the current emergency declaration in place. Anyone who wants to speak must register with the city before end of business Thursday.