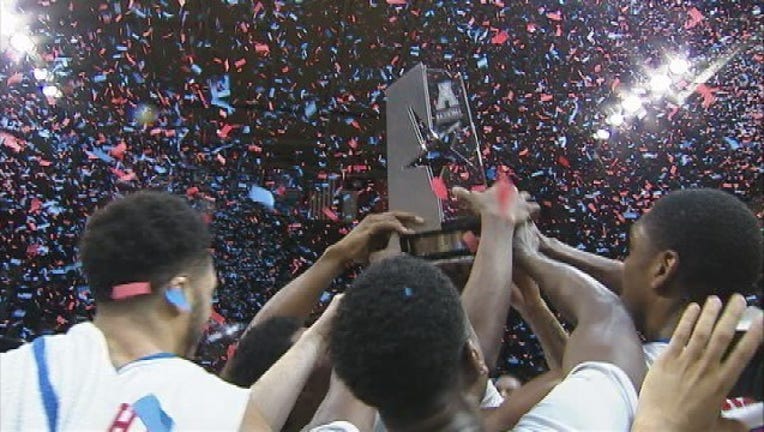 SMU basketball moved up two spots in the Top 25 after winning its first conference title in more than two decades.

The Mustangs were ranked at No. 20 in this week's Associated Press poll, released Monday.

SMU won the American Athletic Conference regular season crown on Sunday with a 67-62 win over Tulsa. It was SMU's first league title since 1993 and the school was a member of the now-defunct Southwest Conference.

SMU is 24-6 overall and finished 15-3 in the American Athletic Conference.

The Mustangs have the No. 1 seed for the conference tournament that gets underway on Thursday in Hartford, Connecticut. SMU has a first round bye and will play the winner of UCF-East Carolina in the AAC quarterfinals Friday.

The Mustangs are looking to make their first NCAA tournament since the 1992-93 season. Most NCAA prediction brackets have SMU in the tournament with a mid-range seed of 6 or 7.

"We better get in the NCAA," said head coach Larry Brown after the game Sunday. Predictors last year had SMU in the NCAA tournament, but the team was snubbed by the selection committee. "I didn't politick last year. But if we don't get in, there's something wrong."