A McKinney photography businesses hit hard by COVID-19 has been locked out by its landlord.

McKINNEY, Texas - At a time when city and county leaders are asking everyone to show patience and compassion, a small business owner in McKinney says her landlord is doing anything but that.

Photographer Laura Tye said she was locked out of her business before the rent was officially due. Tye has worked out of her downtown McKinney studio for nearly two years.

UPDATE: McKinney photographer allowed to retrieve her equipment after being locked out of studio

“I have never paid my rent late, I have been here for almost two years. I’ve been a very easy tenant for them,” Tye said.

When the COVID-19 crisis began and it became clear business couldn't continue for now, she reached out to her landlord.

“I sent him an email that said I’ve loved working with you, I respect you as a landlord, I’m not sure how I will pay rent this month,” Tye said.

She also told him she’s applying for grants and loans.

“I would 100% put that towards rent, but I wasn’t given the grace or compassion to even say, ‘Hey we appreciate you trying that we will give you this many days to get approved and pay,’” Tye said. 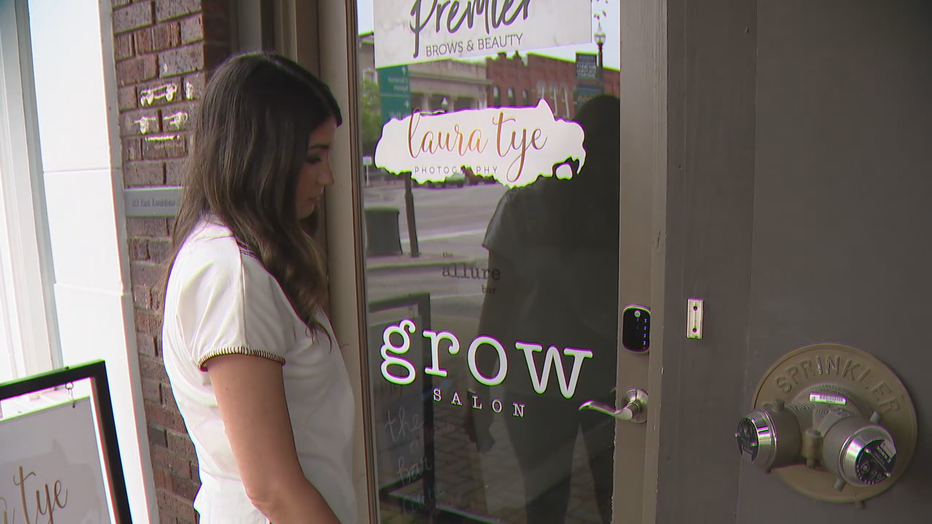 Instead, when she didn't pay on the April 1, she was locked out on the April 4 even though her lease says rent isn't late until April 5. She couldn't get in to retrieve any of her work equipment inside.

“It's all in there, thousands of dollars worth of stuff... lighting equipment. I can go on and on,” Tye said.

FOX4 reached out to the landlord S Five Partners and was told they have their own expenses to meet. The landlord said they have offered Laura an option to "accommodate her needs" but she has "not shown a willingness to discuss options."

“He made an offer of 20 percent off our rent for April only under the condition that I extend my lease for two years, and the thought of signing a commitment of two years right now… rent in downtown McKinney is really high,” Tye said.

Other tenants in the same building with the same landlord were also locked out. They are taking the extended lease option and asked to be let back in. The landlord told them that couldn’t happen until they dropped off a check and signed the new lease.

McKinney Mayor George Fuller says he understands the plight of landlords -- they have bills, too. But they also have options like loans, deferments and grants and he hopes they will show compassion toward tenants.

“For those that are locking people out and are just not able to do what I’m pleading for, man, let then have their equipment, let them have what’s in there, let them have some fighting chance of survival,” Fuller said.