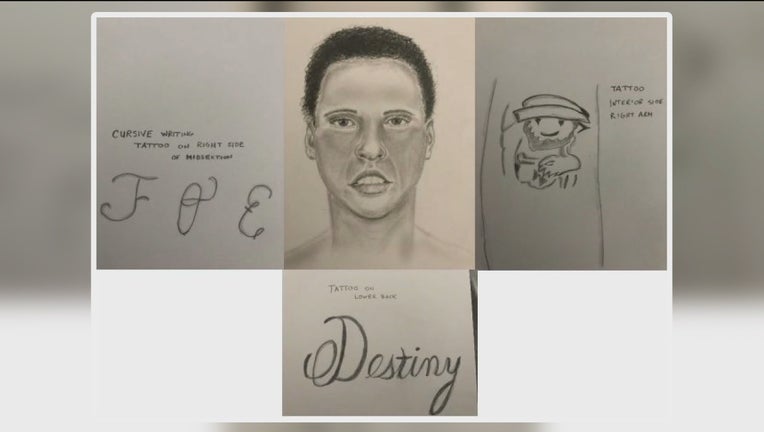 DALLAS - Dallas police hope someone can identify a woman whose body was found in a lake.

The body was pulled from the water earlier this month along the Stemmons Freeway near Love Field.

The woman had tattoos that might be able to help identify her, including one on her lower back that said "Destiny."

Police also released a sketch of the woman’s face. They’re asking for tips on her identity.

It’s not yet clear how to the woman died.