The North Texas teen went to the restroom alone at the AAC and never returned to her seat. Video surveillance showed her leaving with an adult man. Police believe she left voluntarily and ended up 200 miles away. Police say a registered sex offender then prostituted the 15-year-old through online ads.

DALLAS - A teenager who disappeared while attending a Dallas Mavericks game earlier this month is safe with her family — but not before she was put through a terrifying ordeal 200 miles away.

The teenager was at the American Airlines Center before she disappeared. She is 15 years old, which experts said is the average age girls are trafficked in the U.S.

Eight people in Oklahoma City are now charged with human trafficking and more in connection to the teen's disappearance nearly two weeks ago.

The North Richland Hills teen went to the restroom alone and never returned to her seat. Video surveillance showed her leaving with an adult man. Dallas police believe she left voluntarily. She ended up 200 miles away. 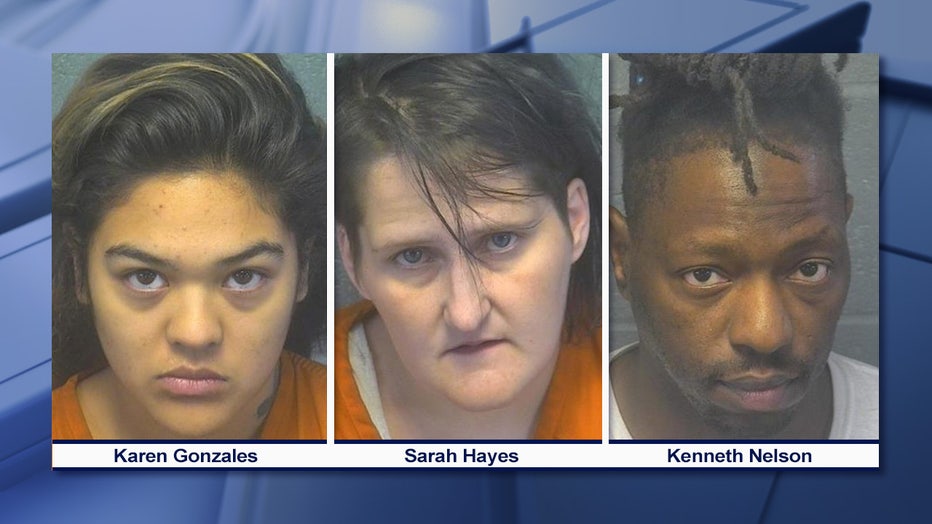 Police said Nelson rented hotel rooms with someone else’s ID and made ads showing the 15-year-old in "various stages of undress."

Police spoke with a witness who linked Nelson and the girl to a specific hotel room. The room matched where an explicit photo of her was taken.

Police said two women were involved. Karen Gonzales allegedly took the photos, and Sarah Hayes admitted to being there when they were taken.

It's not yet clear how the other five people are connected to the case.

Bianca Davis is the CEO of New Friends New Life, a non-profit working to help sex trafficking victims in Dallas. She said teen trafficking is more common than most realize.

"The average age of a girl who’s trafficked in the United States is 15 years old," she said. "And on any given night, 400 teen girls are trafficked on our streets of Dallas."

Davis said it can happen on street corners and at businesses, but online ads — like ones involving the 15-year-old — are the most popular.

"We’ve also seen an increase in trafficking, particularly online grooming since the pandemic," she said. "National studies have shown that online trafficking has increased 40%."

Police still haven’t said whether the man the teen left with is the same person she was found with. It’s also unclear what may have happened between her leaving the game and ending up in Oklahoma City.