Dallas police waited out a murder suspect who opened fire on them when they first tried to arrest him in a neighborhood Wednesday morning.

DALLAS - Dallas police waited out a murder suspect who opened fire on them when they first tried to arrest him in a neighborhood Wednesday morning.

The standoff ended with the suspect peacefully surrendering.

Sources tell FOX 4 the man is wanted for shooting and killing a father of five early last month outside a club. The case was recently featured on FOX 4 's Trackdown. Late Wednesday, police confirmed that information.

It happened just before 11 a.m. at a home near Humphrey Drive and 51st Street.

Police say 28-year-old Julio Guerrero fired a gun at Dallas police officers who were trying to serve a warrant. The suspect surrendered around 7 p.m. following a SWAT standoff that lasted more than eight hours.

"At some point, the suspect was alerted, ran out of the house and started shooting at our officers," said Dallas Police Chief Eddie Garcia. 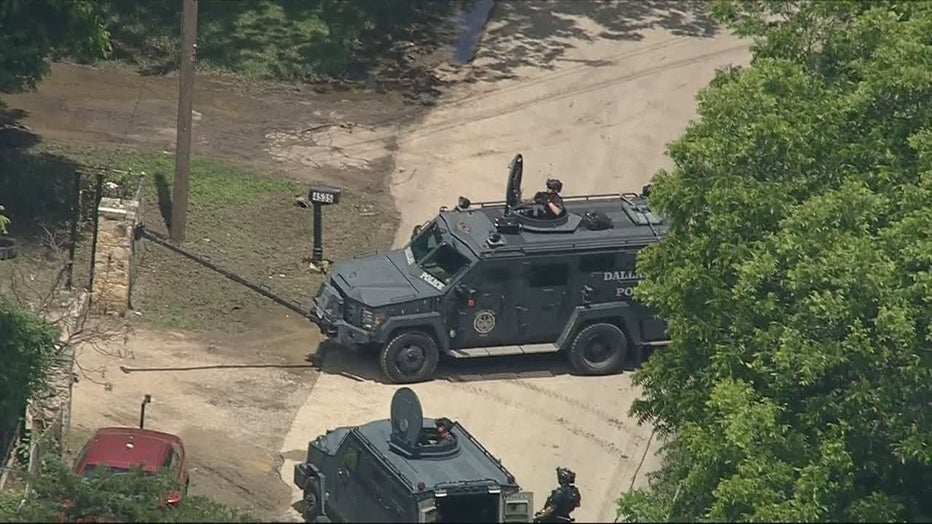 A group claiming to be Guerrero’s tenants say they live in RVs on the property. They were nearby during the chaos.

SWAT members breached the front entrance of the home with extensions of armored vehicles. Flashbangs of tear gas were seen and heard throughout the afternoon.

Guerrero was wanted for the murder of Francisco Villanueva that occurred on May 2 at the Tiger Cabaret.

In this week’s Trackdown, Dallas police are trying to find a killer who recently murdered a 35-year-old father of five.

Police say Guerrero is also wanted for the shooting of a 3-year-old child that happened on May 10. He had three outstanding aggravated assault felony warrants.

No officers were injured, but Chief Garcia says it was too close a call.

Guerrero was not injured. He’ll be booked in the Dallas County jail where he will be facing additional charges of aggravated assault on a public servant. 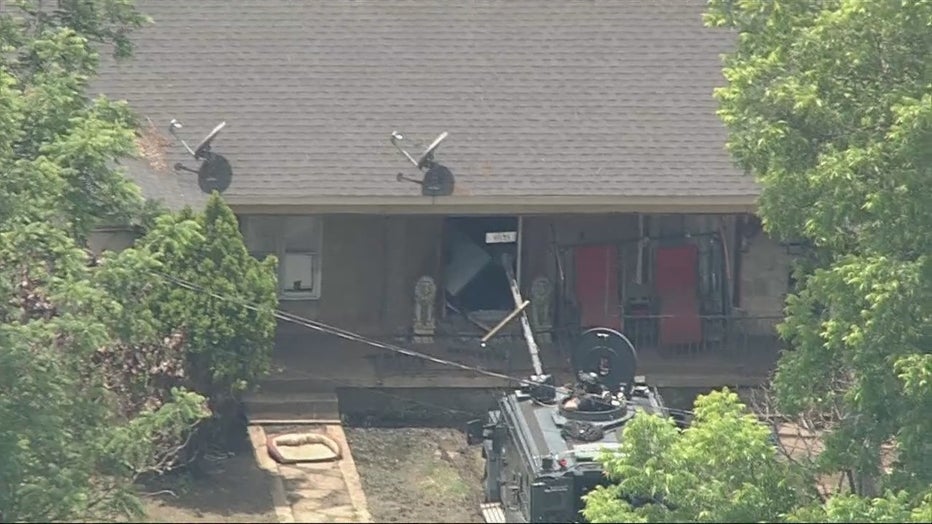