FOX 4's Dan Godwin reports on how some people landed in deep water after Sunday's storms.

DALLAS - North Texas remains under a flash flood watch and will be for a few more days with the rain in the forecast for the rest of the week.

Flooding was certainly a problem in Dallas County on Sunday afternoon.

FOX 4 storm chaser Michael Beard shared video of high water along Mockingbird Lane where it crosses under the Stemmons Freeway. At one point he helped push a stalled car to higher ground out of the floodwaters. 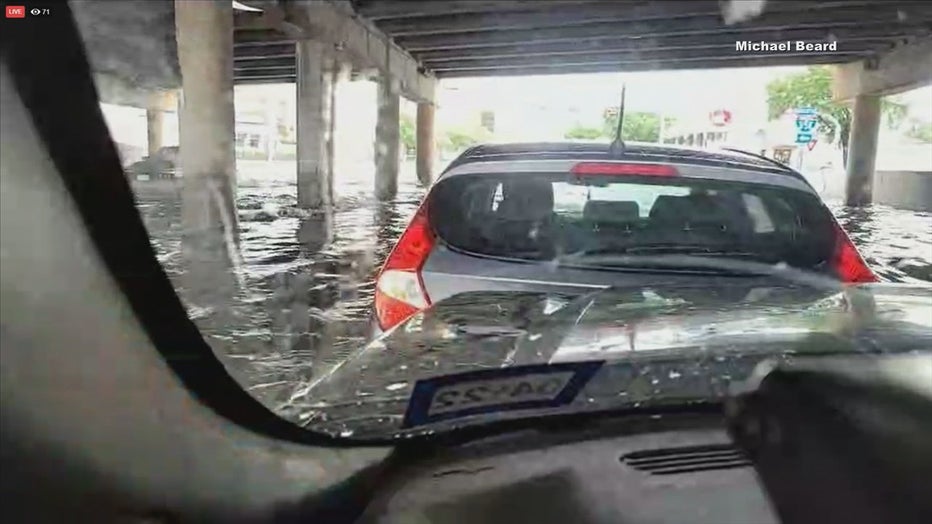 FOX 4 photojournalist Stephen Smith recorded video of several vehicles driving through the high water near the freeway. A van and at least one other car appeared to get stuck trying to make their way through the flooding.

There were multiple stalled cars and many people ended up pushing their vehicles to at least get them out of the deepest water.

First responders said they were swamped with water rescue calls all afternoon. Fortunately, there were no reports of injuries from those calls.

Meteorologist Evan Andrews takes a look at the rain and possible severe weather in the forecast.

Looking ahead, FOX 4 Meteorologist Evan Andrews said some parts of North Texas could get up to another 6 inches of rain.

The National Weather Service issued the flash flood watch for all of North Texas through Wednesday morning.