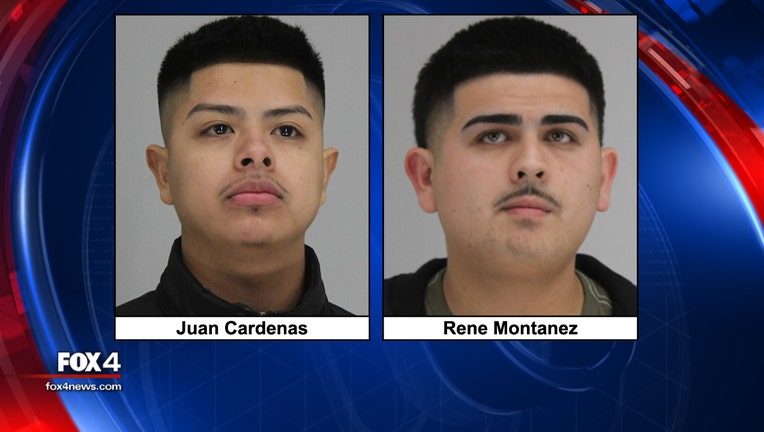 DALLAS - Dallas police believe they have found the second man responsible for the death of a high school student at the beginning of the year.

Juan Cardenas, 19, was booked into the Dallas County jail on Dec. 19 and charged with capital murder.

He and 24-year-old Rene Montanez are accused of killing 18-year-old Joey Pintucci in January.

Police said they met in the parking garage of the Shops at Park Lane, which is across the street from NorthPark Center near Whole Foods and Dick’s Sporting Goods, for a marijuana deal that turned deadly.

“The plan they set up was he was gonna sell some marijuana,” said Det. Jeff Loeb with the Dallas Police Department’s homicide unit. “And they decided instead of paying for the marijuana just take the marijuana at gunpoint.”

And after a third unknown suspect in a grey shirt stole the dope, police said Cardenas shot and killed Pintucci.

Family members said Pintucci was a former Highland Park High School student who transferred out of the district last year. He planned to join the Army after graduation.

Montanez was arrested back in January and charged with capital murder. Police had been searching for Cardenas and the unknown suspect since then.

The case was featured in one of Shaun Rabb’s FOX 4 Trackdown reports.