Families affected by Balch Springs fire getting help from schools

It's the first day of school for the children whose homes were destroyed by a large grass fire in Balch Springs last month. Many are getting help from the Mesquite Independent School District.

Investigators say a mowing crew on July 25 accidentally started a grass fire that spread to their neighborhood.

Dozens of houses burned, and there are now many students who are already behind on the first day of school.

We know several families on this street have children who are starting this new school year with nothing.

Mesquite ISD is trying to make sure the students have some sense of normalcy in the middle of a disaster.

Each visit to his old home is harder than the last for Miguel Quinonez. A pile of debris is all that’s left of his Balch Springs home he bought 14 years ago. It’s the same year his daughter was born.

"It’s a lot of emotions, especially my daughter. She doesn’t want to go to school," he said. 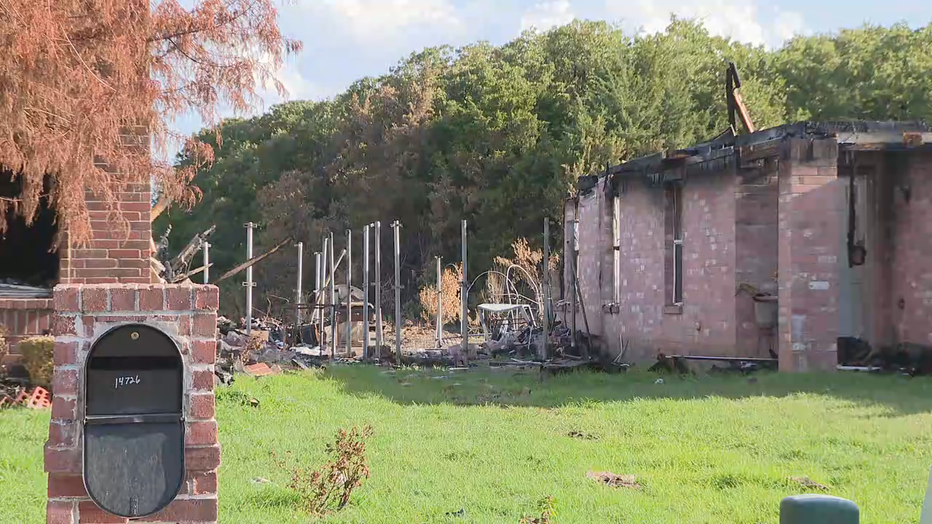 Quinonez’s daughter, Kayla, starts high school Tuesday morning. The 14-year-old will be a freshman at Horn High School in Mesquite, starting her high school years with nothing.

Quinonez admits his daughter is taking it the hardest.

"It’s really painful for her, especially since she was inside the house with my grandson. She had to run away so fast," he said.

On July 25, a grass fire off Interstate 20 in Balch Springs spread to a nearby subdivision. In all, 26 homes were damaged. At least nine are a total loss.

No one was injured, but dozens of families were displaced.

For the last two weeks, some families — like the Quinonez family — are living out of hotel rooms with the first day of school already here.

Jennifer Mobley is the director of student support for Mesquite ISD. She says there are 38 students enrolled in the district who have been affected.

"We are going to love on them first, and then we are going to teach them," she said. "When those kids walk through the door, I don’t want anyone to know they are any different."

Mesquite ISD is trying to make sure the students have some sense of normalcy in the middle of a disaster. Two weeks ago, three dozen Balch Springs families watched their homes burn. Nine of them burned to the ground.

Mobley watched the massive fire on television and knew students from her district would be affected.

The district is also donating school uniforms from the family support center.

"But we have probably bought out our Walmart for the past three days because we have run out of clothes there," Mobley said.

Quinonez says his wife picked up their daughter’s uniform on Monday from Mesquite ISD.

"We couldn’t save anything. Clothes, shoes, nothing at all," he said.

Now, Quinonez is forced to search for an apartment while staying strong for his family.

"If we show that we are weak, it will be worse for them," he said.

Several families are staying in hotels. Others are moving into long-term Airbnbs. Some are staying with family.

Mesquite ISD says it’s worked with its transportation department and every child, no matter what city they are staying in, will be picked up for school and dropped as long as their family need.