We now know the so-called ‘salon swiper’ is not just swiping pocketbooks and wallets in hair salons. She’s also hitting people in their offices.

New video appears to show the same woman using stolen credit cards at a Dallas car audio store. She apparently got those cards from a corporate office, where she swiped a woman's wallet.

We now know the so-called ‘salon swiper’ is not just swiping pocketbooks and wallets in hair salons. She’s also hitting people in their offices.

Yolanda Cunningham recalls the time the salon swiper came into her office building on April 23.

"She came in very official with a tablet and CDC information. She was masked," she recalled. "She came to our office. She came through the front door, and she actually had a lot of internal information. She knew people in our building, specifically by name."

Cunningham invited the visitor she thought was legit to her office.

"And while she was sitting in my guest chair is the time that she took my wallet out of my purse, which was next to my chair," she recalled. 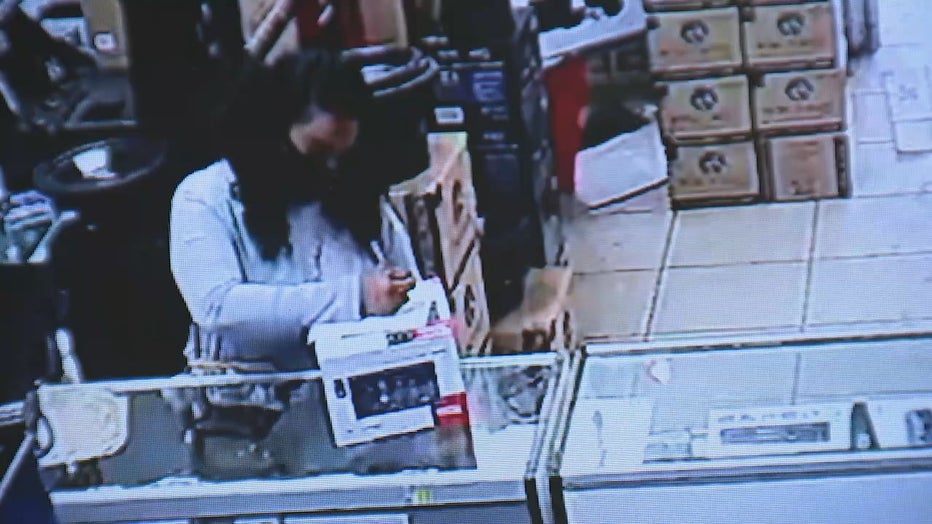 The executive assistant sent an email to FOX 4 after seeing Thursday’s story about a woman swiping wallets from purses in tony hair salons.

"I was actually at a company event until around 8 p.m. I was going to bed and I saw the story," she recalled. "And I said, ‘that’s her!’"

An hour after grabbing Cunningham's wallet, the woman can be seen on video at Dallas Car Audio.

"She took my personal wallet, which had my driver’s license, my health insurance card, my HSA card, my company credit card and quite a few personal credit cards," she said.

The woman used Cunningham’s cards to buy a Boss car video entertainment system and signed the credit card receipt as if she was Yolanda Cunningham before leaving in a silver compact car.

"She was very confident in how she moves and works and speaks," Cunningham said. "I’m also very diligent, and they will find out who you are."

The Dallas police detective assigned to the case says she’s busy trying to collect all the videos about this woman and is doing her best to find her before she carries out her fraudulent acts again.