The targets have been high-end salons. Someone posed as a client by making an appointment before coming in and becoming the salon swiper.

FORT WORTH, Texas - Police are looking into a string of thefts at trendy North Texas hair salons that happened in broad daylight.

The targets have been high-end salons, like one in Fort Worth. Someone posed as a client by making an appointment, before coming in and becoming the salon swiper.

While they were shampooing, surveillance video caught a woman who went in to where they were and quickly came out before Campbell and her stylist got back from the hair wash.

"Since I had to sit for 30 minutes, I picked up my phone, and my phone had exploded with fraud alerts," Campbell said.

Within minutes, Campbell's security, identity, and credit were compromised.

"Not only did she get my credit cards, my bank card, blank checks, my COVID vaccine card, but she also got my driver’s license," Campbell said.

"Just since it happened to us and we announced it on our social media, we've actually been approached by five different salons that have told us that the same thing happened to them dating back to 2019," said Ben Novak-Hudgins, owner of Novak Hair Studios.

There were at least three reported this week, including another in Fort Worth that happened a couple of hours later while the woman was wearing the same clothes.

"She was super charismatic when she walked in. She had done her research. Before she walked in, she had found out the names of stylists so she could say she was here for their services. She knew exactly what she was doing, she was really intelligent," Novak-Hudgins said. 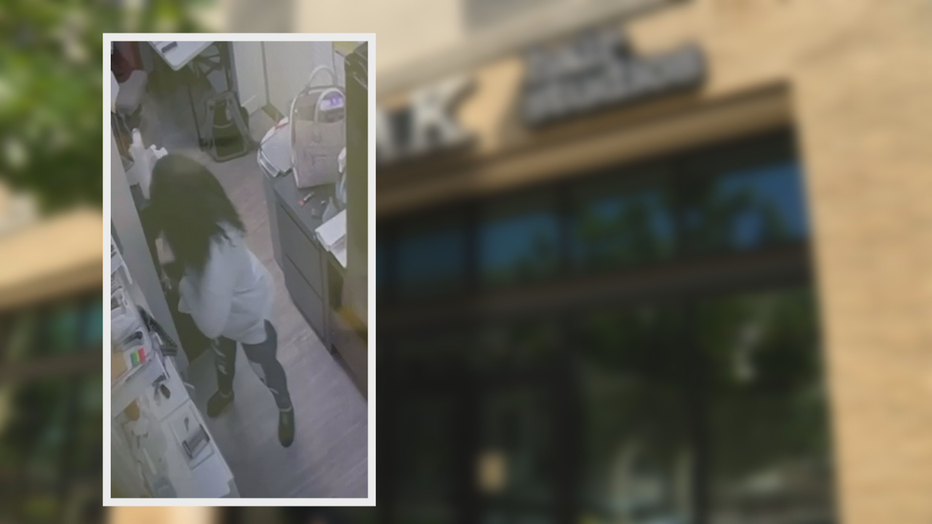 "It's really disheartening to me to see somebody who is an intelligent person take this path that otherwise, you know, they could be doing so much good instead of so much bad," Novak-Hudgins added.

[REPORTER: "What would you say to this swiper if you could speak to her?"]

"All of us are working hard, especially after this last year," Campbell said. "there are jobs available. Try to get one and not take money and damage businesses of people who are, you know, doing the right thing."

Salons have been hit both in Dallas and Fort Worth.

The owner at the Novak Hair Studios hopes someone can tell police not only who she is, but where.