A well-known Arlington construction contractor has filed for bankruptcy, leaving many of his clients stranded. FOX 4 has heard from many people who paid the company tens of thousands of dollars, only to be met by a locked office door and unfinished projects.

ARLINGTON, Texas - A well-known Arlington construction contractor has filed for bankruptcy, leaving many of his clients stranded.

FOX 4 has heard from many people who paid the company tens of thousands of dollars, only to be met by a locked office door and unfinished projects.

The owner of RJ Construction, Robert Jordan, has not wanted to answer FOX 4’s questions for this story, but just a few months ago, he was very outspoken about his own grievances with a local school district.

One client, Travis Hyden, said he hired RJ Construction to rebuild his mother’s home in Fort Worth after it burned down in a fire.

"At this point, we thought there would be sticks in the air, drywall work, but here we are on concrete," Hyden said.

Hyden said he and Jordan had been friends since middle school.

"Robert Jordan, who I have known for 30 years. I knew he was in the construction business, and his office is actually just across the street from mine," Hyden said.  "I reached out to him, and he was like, ‘Yes, this is right in my wheelhouse.’"

"Once he received the money, nothing happened. It was delay after delay," Hyden recalled. 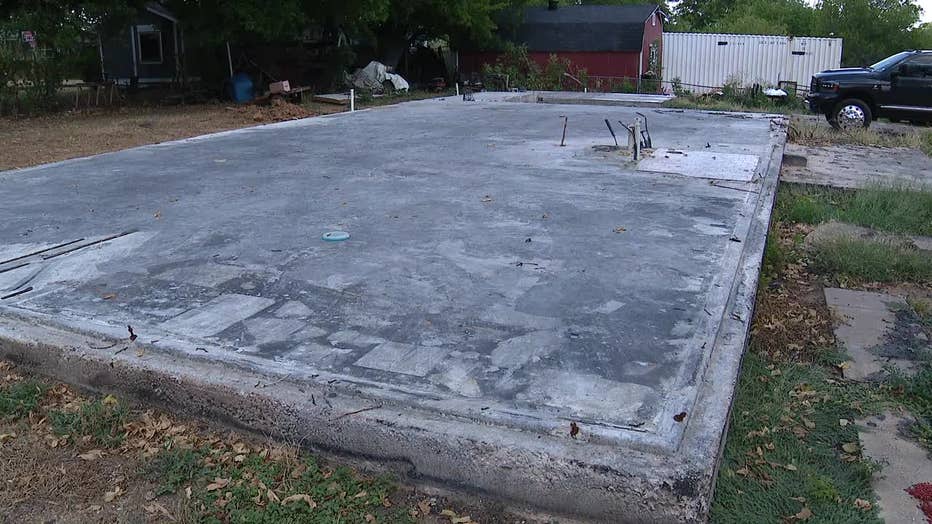 Hyden initially thought the delays were part of the supply chain issues.

"Given the climate of the relate estate market over the past few years, and kind of the market of home construction, it didn't seem like it was out of the ordinary. Contractors are just behind right now," he added.

But as time passed, Hyden decided to go to RJ’s Construction’s office building in Dalworthington Gardens.

"The doors were locked," he said.

Jared and Kimberly Carter also trusted the man who appeared on the August 2022 cover of "Arlington Today," labeled as "All Star Construction Specialist."

"At this point, we thought we would be arranging furniture and hanging art," Kimberly said. "We have a 16-foot hole in our living room." 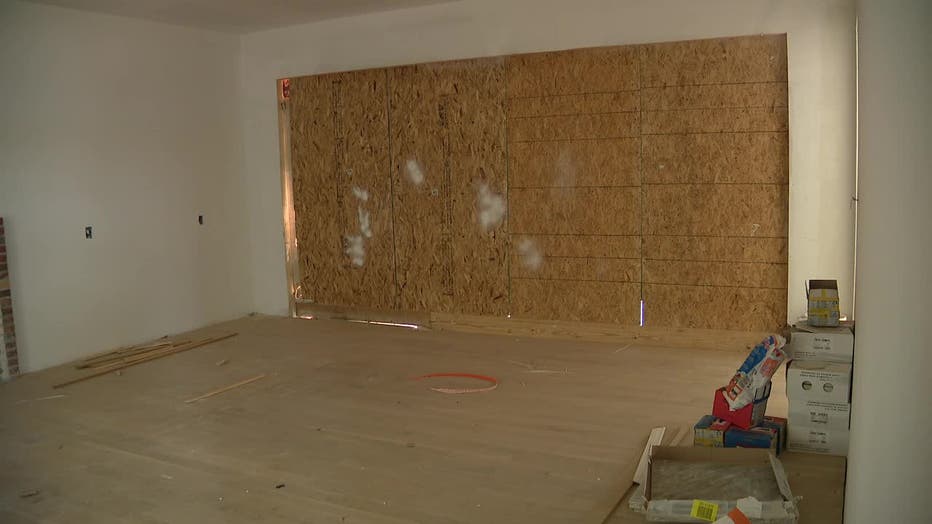 "He promised me, gave me his word," Jared said. "That he was going to do whatever it takes to get the job done, [saying] he's Mr. Arlington."

The Carters invested significant resources in RJ Construction for a remodel of their home they purchased in October.

"He said we’ll get this going, have us in by Spring," Kimberly said. "He was just really ambitious. Our grandmother will be moving in with us, so time was valuable."

While some work has been done, the Carters have been told contractors who worked on their home haven't been paid, putting it in danger of liens.

"I was shocked to find out not a single one of our windows has been paid for," Kimberly said. "The sidewalk we are standing on has not been paid for."

When FOX 4’s Lori Brown went to RJ Construction's office in Dalworthington Gardens, it was locked up.

Stickers on the doors showed accreditation by the Better Business Bureau and North Texas Roofers Association expired eight months ago, as did a tag on his truck. 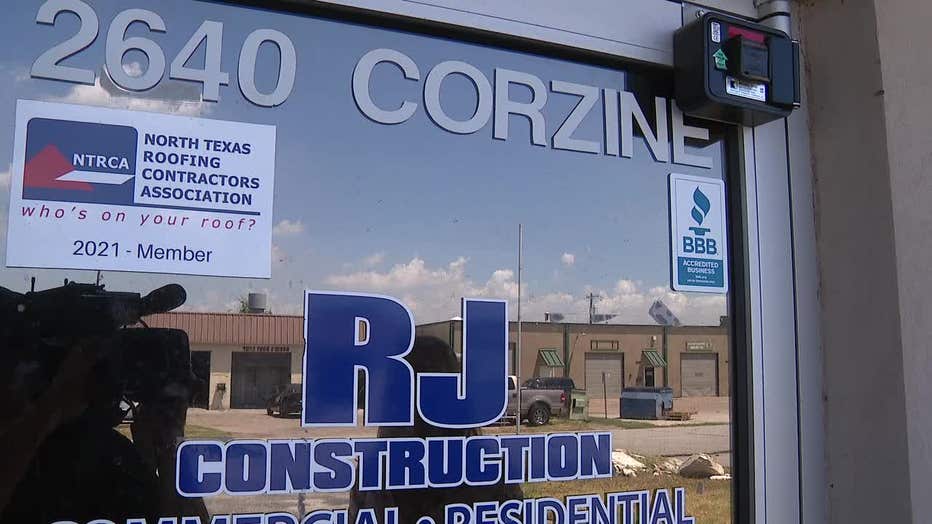 Hyden believes it shows Jordan has known for months his business was in trouble while continuing to ask customers for money.

"You don't wake up one day and think, ‘My business is gone, I’ve got to file bankruptcy,’" Hyden said.

With no one at his business, Brown went to the address for his home, which is valued at over $1 million.

Records show he purchased the home with a tennis court, pool, and beach volleyball court in June 2021.

While Fox 4 was still outside Jordan’s home, he came outside.

"Excuse me, Mr. Jordan," Brown asked. "Did you know you were going out of business when you kept asking for money from customers?"

Jordan did not answer Brown’s question.

But in a statement from his attorney, he blamed his bankruptcy on a dispute with Arlington ISD.

"... After winter storm Uri in 2021, RJ Construction was hired by Arlington ISD to perform a substantial amount of clean-up and remediation at Sam Houston High School for an agreed upon fee that the district has not paid. The impact of this unfortunate fee dispute has put RJ Construction in a position of significant financial strain, leading to its ultimate bankruptcy filing...." the statement said.

While RJ Construction is shut down, many of his campaign-style signs are still up.

Last year, Jordan put up hundreds of signs that said "Pay RJ," and directed people to a QR code that took people to a petition against Arlington ISD.

He also made a YouTube video detailing his complaints against the district.

"What the Board of Trustees of Arlington ISD is doing to my company is outrageous and wrong," Jordan said in the video.

Jordan filed a lawsuit against the school district.

"The AISD is willing to bankrupt a business," he added in the video.

FOX 4 asked a prosecutor with the Tarrant County District Attorney's Office about responsibilities for contractors.

The district attorney's office has not yet received a referral from law enforcement about RJ Construction.

Prosecutor Lori Varnell said, in general, Texas law does require contractors to document how they are spending a homeowner's money when there is a contract for more than $5,000.

She said the law aims to prevent a Ponzi-style business model.

"That is paying for older clients with newer clients' money," Varnell said. "That is what they wanted to prevent because that will fail every time. It is a mathematical certainty. It is just a matter of when."

The Carters know one thing they will never get back is time, especially time with Kimberly's grandmother.

"We hope to have decades left with her," Kimberly said. "We don't know how many days we have left on this Earth. We would not have chosen to put her through a year of Airbnb living. This is where we wanted her."

While customers have filed police reports with multiple agencies, at this time, Jordan has not been charged with any crime.

The law requiring contractors to keep records of how money is spent on a project over $5,000 is spelled out in Property Code Section 162.