Police are searching for a second person linked to the shooting of a police officer in Wise County.

Police are searching for a second person linked to the shooting of a police officer in Wise County.

The search now includes both Royce Wood, who is suspected of shooting a Rhome police officer, and his girlfriend, Tiffany Caswell.

Sheriffs say the 32-year-old woman assisted Wood with an armed home invasion the night before Wood allegedly shot the officer and ran off. Both remain at large.

Investigators say Wood shot a Rhome Police Officer in the leg on June 13 and disappeared. 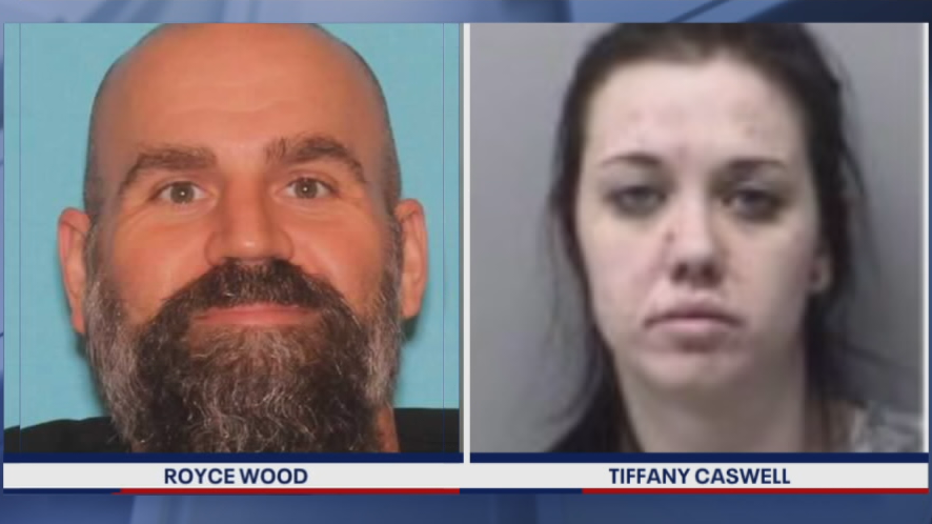 Wood and his girlfriend are wanted in connection with an armed home invasion deputies say the two committed the night before the shooting.

"And that started about 11:30 p.m. where Wood and this woman showed up at the house, both carrying firearms and they commenced to stealing televisions and other electronics," explained Wise County Sheriff Lane Akin.

When deputies arrived that night, authorities say Caswell was still at the home and arrested her on an outstanding warrant for meth possession. Wood’s involvement with the robbery was still unclear at the time.

The robbery investigation was less than 24 hours old when Wood was pulled over on a traffic stop Sunday night while riding a motorcycle with a different woman.

Police say the woman on the motorcycle was also romantically involved with Wood. But after questioning her, she wasn’t charged with a crime.

Meanwhile, Caswell was behind bars for 36 hours before she bonded out last Monday.

"And then as the investigation continued, we were able to develop probable cause for both her and for Wood regarding the aggravated robbery," Akin said.

Deputies now say Wood and Caswell held multiple people at gunpoint during the home invasion. One of them smacked in the face with a television.

Sheriff Akin says he has been in contact with state police in both Oklahoma and New Mexico. Wood does have ties to Lubbock.

Meanwhile, the officer is out of the hospital. His identity is being kept secret until Wood is caught.