Time is running out for residents affected by last week's apartment building explosion to find a new place to live.

DALLAS - Time is running out for residents affected by last week's apartment building explosion to find a new place to live.

Residents staying in hotels were notified they need to move out by Thursday because of other existing reservations.

City officials said they’re currently trying to figure out who’s still in need of a place to stay and trying to make other arrangements, but residents said, in the meantime, they are in limbo.

Instead of celebrating, they were scrambling, trying to find somewhere to stay while they try and get out of their lease.

Their apartment has exposed pipes as apartment workers try to get the gas and hot water back up and running.

"I have a disabled mother-in-law that lives with us," Lapaka said. "She has to bathe every day, so you’re trying to tell me I’m supposed to bathe her in cold water?" 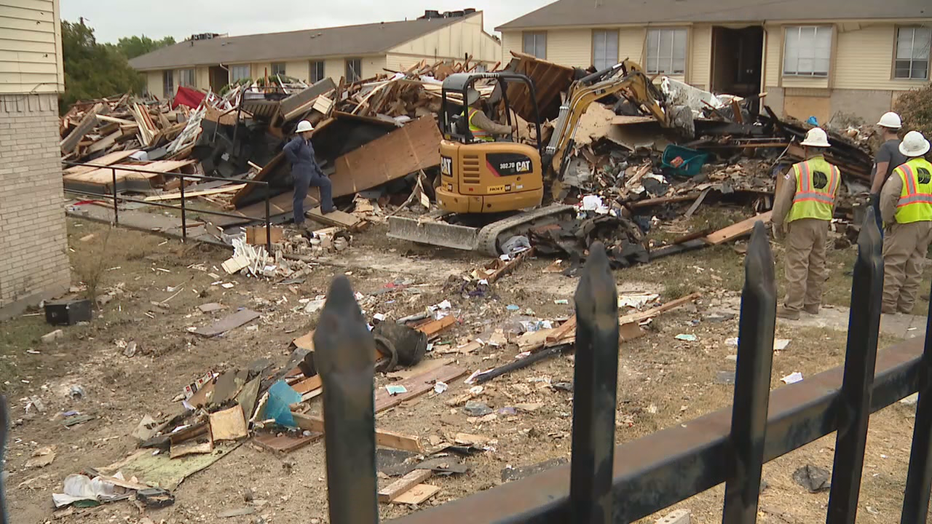 But as of now, residents said they’re being told they need to be out by Thursday so the hotels can honor other reservations.

"Either we come back to the house in that living situation or we’re going to get an eviction on our credit, and that will make it hard for us to move right now," Lapaka said.

Emails from the leasing office shared with FOX4 show the property managers will not let residents terminate their leases without being charged two months’ rent, plus additional fees.

"The only thing we can do is go back, we don’t have another choice," Roshunda Tilley said.

Tilley has 10 kids, including her disabled daughter.

"They want us to go back. I can’t feed my kids. I spent all my money on feeding them over here at the hotel. We’re really stuck. I don’t know what we’re going to do," Tilley said.

And there are hundreds of others in need.

"We have pregnant women. We have a woman who just got out of the hospital six days ago and her daughter is in ICU. We have another lady who has a newborn who lost absolutely everything," said Tremonica Brown, with Not My Son Dallas.

"Y’all putting us out [Thursday]. We gotta go to our homes and try to fend for ourselves now. What’s the city of Dallas going to do then? Who’s going to help us?" Tilley said.

As for the property, the city has issued a notice of violations for the apartment complex and the property company is working on fixing the issues.

Resident have been told that could take anywhere from 7-14 days.