Rental scooters could make comeback to Downtown Dallas this fall

Rental scooters could make a comeback in Downtown Dallas.

DALLAS - Rental scooters could make a comeback in Downtown Dallas.

One company made its pitch to city leaders with safety measures designed to keep riders off the sidewalks. At least one councilman likes the idea.

It's been a while since scooters were last seen on the streets of Dallas, but the makers of Spin are hoping to change that.

Spin and software reps demoed the tech-savvy scooters across the street from Dallas City Hall.

"If you're on the street, there's not going to be any sound at all," explained Alex April, head of government partnership for Spin. "But if you come on to the sidewalk, it will make an audible noise from the unit here."

"This technology basically knows the rules in a way that humans don't or refuse to obey and enforces them in real-time," said Alex Nesic, cofounder of Drover Inc. 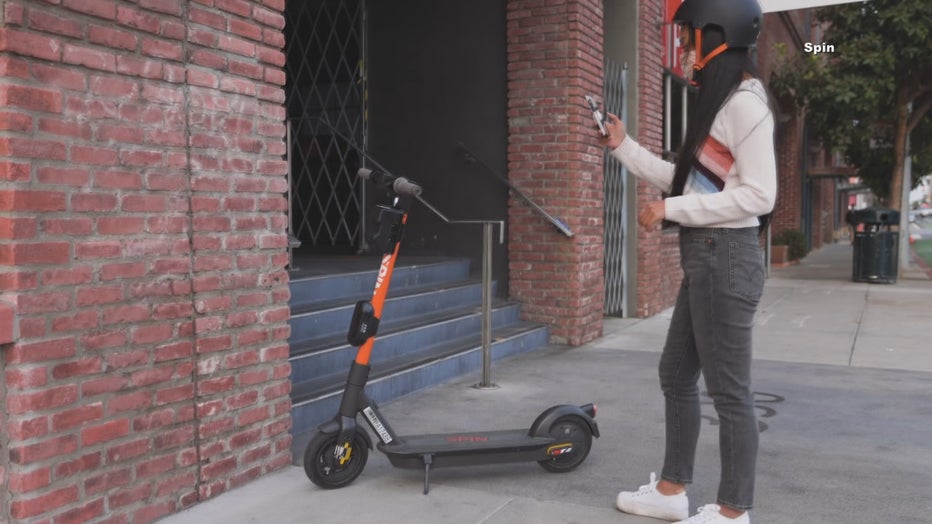 The scooters use cameras on the front to sense what kind of surface you're on. You can hear a low sound when you’re on a sidewalk you're not supposed to be on. But the sound changes when you’re parked in a proper area.

The software features can be adjusted to meet the needs of individual cities.

Last September, the city of Dallas halted its scooter program due to ongoing issues with compliance from both users and a host of vendors who flooded the market.

"They have to be done in a way that's not disruptive to other pedestrians, other cars, people trying to go about their business," he said. "I do think the technology will help us self-police."

Blewett says next month the city will send out requests for proposals to a handful of scooter companies to pitch their plan to staff. Spin intends to be one.

Blewett says it will take 30 to 90 days to vet those proposals. The city council will have the final say.

"We can't have a vendor say they're going to perform and doing it because we don't have the resources at the city to be the scooter police," he said. "I anticipate in 2021 we'll have scooters back in the city done in a safe and efficient manner."