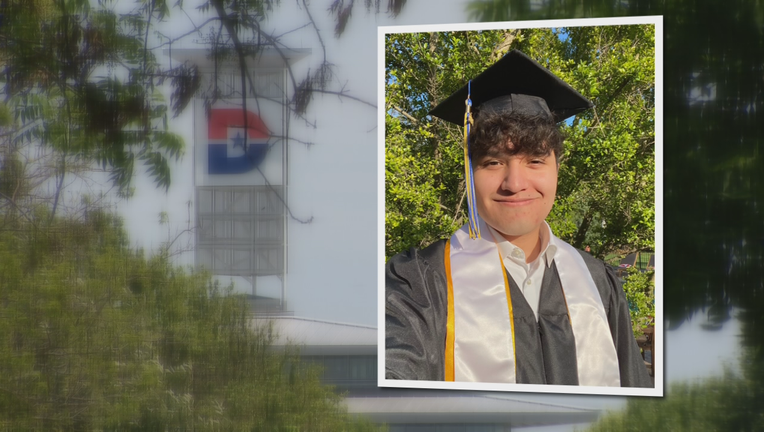 DALLAS - On June 11, 2021, FOX 4 reported on a Dallas ISD student in an early college high school who was concerned about the lack of communication he had with a Mountain View College professor which resulted in a failing grade.  Since that report, FOX 4 has received  information regarding the communication and clarification on procedures with Dallas ISD’s Trinidad Garza Early College High School.

Miranda said that at the end of May, his grade abruptly changed from a ‘B’ to an ‘F’.  He received the grade through an online portal.  Miranda says he didn’t receive any explanation.

"I hope students going through the same thing as me are able to discover this problem, and have a better solution," said Miranda.

Miranda is a senior at Dallas ISD's Trinidad Garza Early College High School. He expressed concern about the early college class he took online where the teacher never provided his or her name or conducted any lectures by zoom or even recording.

"There is no feedback, no way to speak to the professor, no idea what their name is," said Dr. Gregory Powell, Miranda’s father.

Later, Dallas College did tell FOX 4 that the College does not allow its instructors to remain anonymous to students; that this is not the policy of Dallas College.

Dallas College disputed the claim that the professor had not returned Miranda’s emails but said they said they could not elaborate due to student confidentiality.

Miranda says he's worked hard to earn his associate's degree at the same time as his high school diploma, saving him valuable time and tuition when he attends the University of Texas at Arlington to study mechanical engineering.

"I've been working on getting my associate's since freshman year of high school. Four years and working through the summers as well," Miranda said.

He believes the problem could have been avoided through better communication.

"I would hope they would at least require Zoom classes so students can talk and learn face to face," Miranda said.

Following our initial reporting, Dallas College officials told FOX 4 that the College conducts online instruction via Blackboard and MS teams and that Zoom is not approved for Dallas College use.

Powell says his emails were not returned and he was not able to get a phone number in order to talk with the professor.

"One of the questions we would like answered is who is the instructor," he said.

Powell tried going thru the principal at Trinidad Garza, only to be met by two weeks of silence.

"After FOX 4 started asking questions we started getting responses," he said.

Dallas ISD said professors work for Mountain View, can select what learning method they will use and are not required to give lectures.

In mid-June, Powell recently received a call from the vice provost of Dallas College Mountain View  and was told Eric's grades were reviewed and his son will receive a ‘B’ in the class.  He does remain concerned about the lack of communication during the course and are working to identify the cause of the problem so it does not happen again.

On June 20, Eric Miranda graduated from Trini Garza ECHS and June 25 received his Associate of Science degree from Dallas College.