The bill is in response to February’s winter storm.

"Even though this storm is over, we did watch in horror with so many Texans without food, power, water, heat, and much more," U.S. Representative Eddie Bernice Johnson explained.

Federal lawmakers are looking to see what they can do to help prevent a power crisis in Texas from happening again.

"We simply have to ensure that our electric infrastructure is resilient and able to withstand whatever Mother Nature throws at it," Senator John Cornyn said.

In response to February’s winter storm, Republican Sen. Cornyn and Democrat Rep. Johnson are both backing the Power On Act. 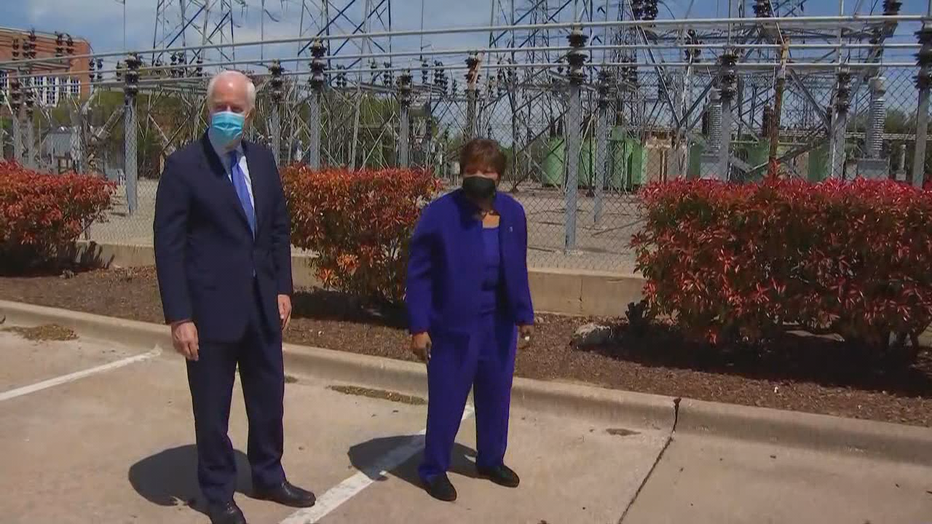 The proposed legislation pledges half a billion dollars of seed money to help states improve their energy grids and make sure they’re prepared for extreme weather.

"It could be used to add heating technologies, cold weather packages, to wind turbines, and move electrical equipment underground where it’s less vulnerable to this sort of extreme temperatures," Cornyn explained.

Lawmakers said it will work like a grant, but states will also have to contribute dollars to help.

And it’s just a start, as they anticipate the Texas legislature to also pass its own requirements to improve the state’s energy grid.

"We know about hot temperatures, blizzards, hurricanes, tornadoes, wildfires, and natural disasters will hit Texas at somewhere or the other. We have such a big state, when it comes, we want to be ready," Johnson said.

The bill already has some bipartisan support from Democrats and Republicans in California and Texas. Lawmakers backing it are cautiously optimistic it will pass.

"We feel very positive, but we don’t take anything for granted that our entire state, both sides of the aisle, will help us to get this passed," Johnson said.