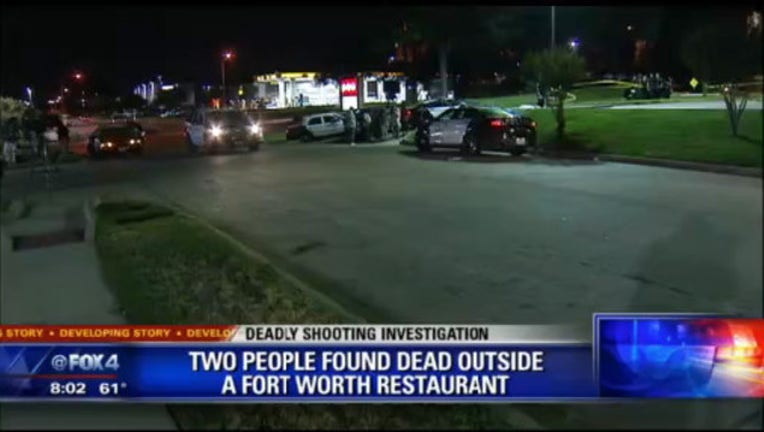 Fort Worth police are investigating a shooting that witnesses say is a murder - suicide.

Detectives are not confirming that conclusion. However, they will say they are not looking for any suspects.

36-year old Edwin Butler and 34-year old Gracie Enriquez were found dead in the parking lot of a restaurant at Trinity Boulevard and Highway 360. That’s in far East Fort Worth.

The Tarrant county medical examiner will determine exactly what happened.