Fort Worth police have released a photo of the vehicle they believe was involved in the drive-by shooting that killed a 15-year-old while he asleep in his bed last month.

FORT WORTH, Texas - Fort Worth police have released a photo of the vehicle they believe was involved in the drive-by shooting that killed a 15-year-old while he asleep in his bed last month.

Police said a dark gray vehicle was last seen driving near the scene, in the city's southeast side, on Ravine Drive.

The family of Higinio Flores Jr. is hoping someone out there can provide some answers.

For the Flores family, it’s been a difficult three weeks, with no arrests in this case.

Inside their Fort Worth home, their refrigerator is still pierced with a bullet hole. Just feet away are pictures and paintings honoring the 15-year-old victim.

The teenager was asleep in the front bedroom with his younger brother when he was struck by a bullet.

Detectives admit they don’t have very much information, which, for the Flores family, has been frustrating.

"I always looked out for him like a brother…I feel like I should been there for him," the victim’s cousin, Alex Flores, said. "But I really just want justice."

Saturday afternoon, 19-year-old Alex went over to visit his family. It also marked four weeks since his cousin was shot and killed in a drive-by while sleeping in his own bed.

"It’s just a tragedy that should’ve never happened," Alex said. "He never deserved any of this. We all truly miss him."

According to the Fort Worth Police Department, a motive is unknown, and it’s still unclear who the intended target was.

But in their most recent update, police are asking for information about the suspect or suspects in the dark-colored Chrysler 300, as well as assistance in identifying the intended targets of the shooting. 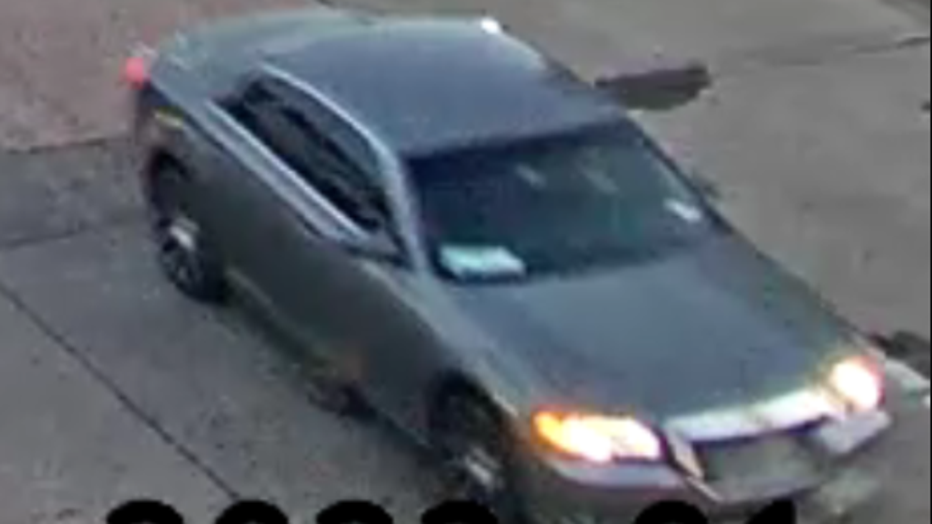 The released the image from a nearby surveillance camera of a dark-colored vehicle speeding away from Ravine Road after firing multiple shots at the front of the Flores’ home.

Flores played soccer on the junior varsity team at Polytechnic High School, just down the street from where he lived in Fort Worth.

They recently retired his number, 20, in his honor.

But with little leads coming from police, frustration is building for the Flores family.

"I just really hope people will reach out if they know any information," Alex added.

While Higinio’s father hopes people will take a good look at the surveillance photo, he is making sure his family is safe.

Surveillance cameras of his own were installed this week.

"We never thought that anything like this would happen to our family," Alex said.