Police investigating death of 16-year-old who was shot, crashed into Dallas home

Dallas police are investigating the death of a 16-year-old who drove into an East Oak Cliff home after being shot multiple times.

DALLAS - Dallas police are investigating the death of a 16-year-old who drove into an East Oak Cliff home after being shot multiple times.

The shooting and crash happened Sunday afternoon, just before 4 p.m., in the 1200 block of Diceman Avenue.

When first responders arrived, they saw that the teenage driver had multiple gunshot wounds.

After the crash, the teen was taken to the hospital and later pronounced dead.

Police haven’t said if they have a suspect or person of interest they’re looking for.

Balloons and flowers mark the place were 16-year-old Marvin Rivera lost his life.

Dallas police said a vehicle driven by Rivera crashed into the corner of a home. 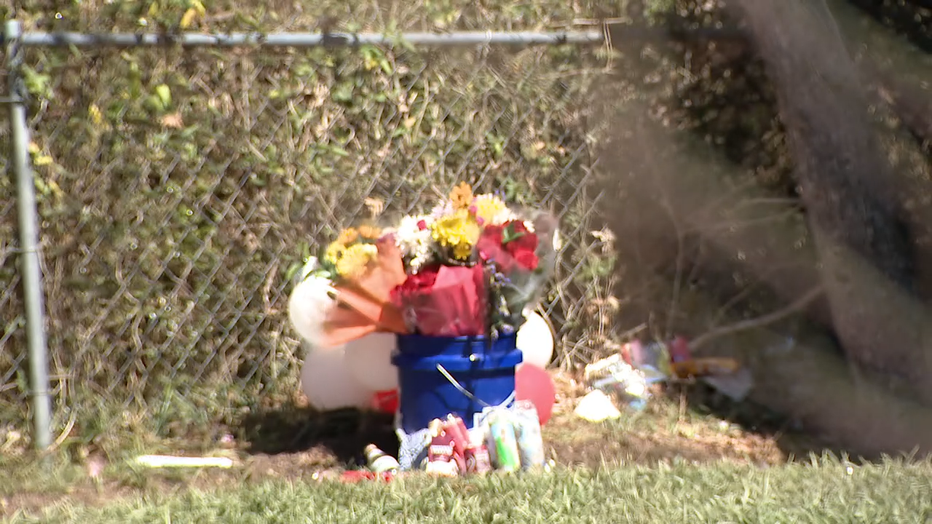 No one was injured inside the home, but first responders noticed the 16-year-old driver had multiple gunshot wounds.

Neighbors said they didn’t hear gunshots or the crash, only discovering what happened after they noticed a commotion outside.

"It was a lot of police. I knew it was something bad because there were detectives, which wasn’t normal," Bianca Pabai recalled. "Police were surrounding this house and there was crime tape and they were taking pictures and stuff."

Days after the crash, pieces of the vehicle and damage to the home could still be seen.

Dallas police haven’t released any more details on a possible suspect, or the circumstances leading up to the crash.

But neighbors said family and friends have been coming by to remember the young teen, holding a vigil earlier this week as police search for answers.

"It’s sad, anytime you lose a loved one," Pabai said. "It’s heartbreaking, and to know he’s only 16 years old, he hasn’t even begun his life. Like I said, my daughter’s 16, she’s driving. I would feel awful if that was my child, so I definitely feel for the family and my prayers go out to them."

Crime Stoppers is offering a $5,000 reward for any information leading to an arrest.