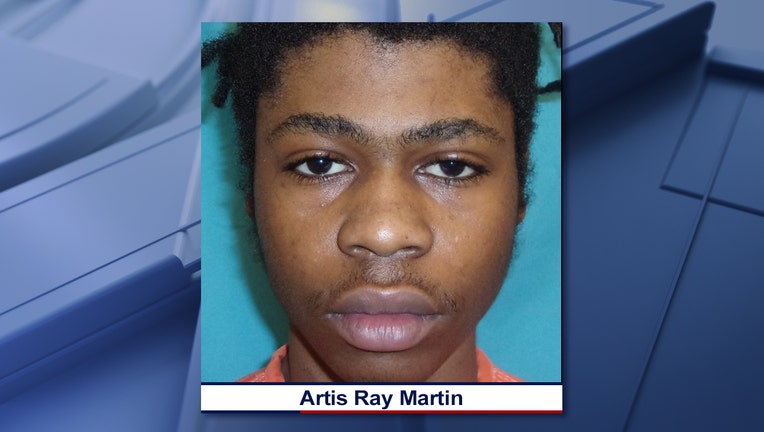 FRISCO, Texas - Frisco police have identified the 19-year-old arrested for the Friday night shooting that left a Frisco High School student dead and a man injured.

Artis Ray Martin has been charged with murder and aggravated assault causing serious bodily injury for the double shooting.

Police said 17-year-old Chineye Jones was the victim who was found dead at the Stewart Creek Apartments.

She was a student at Frisco High School.

The other victim is a man, who police have not yet identified. He is still in the hospital.

Police said they believe these people knew each other, and this was an isolated incident.