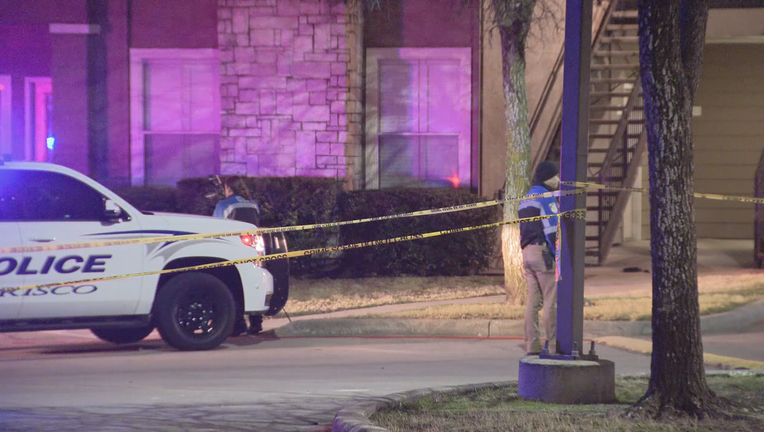 FRISCO, Texas - Frisco police took one person into custody for a shooting Friday night that resulted in the death of one person and injured another.

The shooting happened just before 7:30 p.m., at the Stewart Creek Apartment on Stonebrook, near Frisco High School, just east of the Dallas North Tollway.

Responding officers found two victims, who have not yet been identified. One was pronounced dead at the scene, while the other was taken to a local hospital. Their condition was not released.

Police said one suspect was taken into custody. The suspect’s name has not been released.

The circumstances surrounding the shooting are under investigated.