Fort Worth police say a man held a woman prisoner for several days at gunpoint. He was arrested and bonded out.

FORT WORTH, Texas - Fort Worth police say a man held a woman prisoner for several days at gunpoint. He was arrested and bonded out.

Police say the man later removed a GPS device, murdered the woman and buried her under his home.

The woman’s family reported her missing on Feb. 16. Her body was discovered Feb. 23 in a crawl space underneath the man’s home. But he was arrested for aggravated assault and released on bond last month.

24-year-old Valerian Osteen is behind bars charged with the murder of his estranged girlfriend, 26-year-old Marissa Grimes.

Fort Worth police say they discovered Grimes’ decomposing body on Feb. 23 wrapped in blankets and a tarp in a crawl space underneath Osteen’s Fort Worth home. 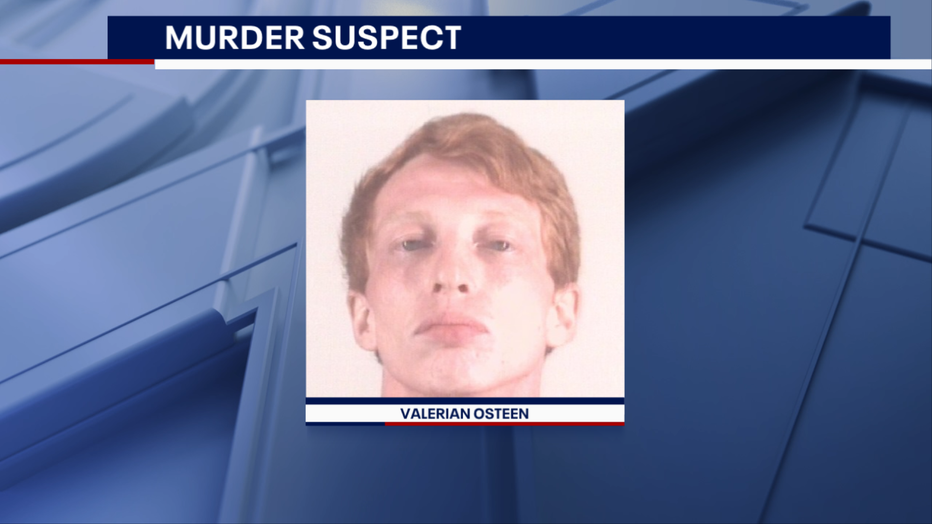 According to the medical examiner, Grimes died from blunt force trauma to the head and had a fractured nose and fractured ribs.

"I was in shock because I never thought that’s gonna happen in this neighborhood," said Maria Delgado, Osteen’s neighbor.

Grimes’ family had reported her missing seven days earlier, telling police they hadn’t spoken with her since February 12.

According to court documents, a neighbor saw Grimes with Osteen on Feb 13, and it appeared she’d been crying.  He told FOX4 she was visibly upset and had mascara running down her face.

The arrest affidavit says when that neighbor visited Osteen the next day, Grimes wasn’t there.

"We were looking at him as a suspect cause apparently he was the last person she was with, based on the witness statement," said Fort Worth Officer Daniel Segura.

Osteen was arrested on Jan. 9 for aggravated assault with a deadly weapon and lawful restraint after police say he refused to let Grimes leave his home for several days, holding her at gunpoint and threatening to kill her.

Osteen posted bond three days later with a condition that he wear a GPS ankle monitor.

Court documents say that all prompted Grimes to rent a Uhaul truck with plans to leave the area. Neighbors told FOX4 the truck was parked at Osteen’s house for several days.

On Feb 21, five days after Grimes was reported missing, the Uhaul was found abandoned at a park not far from Osteen's home.

"When we look at the GPS tracking device and the Uhaul truck location, we notice that his home address was pretty close by. Almost a mile and a half," Segura said.

On Feb 23, police executed a search warrant at Osteen’s home and found Grimes' body. They had to cut a hole in the floor and remove several panels of wood to recover it.

Osteen has a criminal history that includes five previous felony convictions and several other misdemeanors.

Defense attorney Anthony Farmer is not connected to the case. He says Osteen’s $10,000 bond for aggravated assault and $5,000 for unlawful restraint are pretty standard.

"It’s easy to say that this individual should not have been let out on these bonds, but we don't know all of the factors that went into those bonds," he said.

And as a convicted felon, Osteen should not have been in possession of the gun allegedly used to hold Grimes captive prior to her murder.

"That judge, looking at the evidence, must have decided that bail was sufficiently high to assure that person’s presence in court," Farmer said.

Fort Worth police are asking for anyone else who may have information about Osteen to come forward.

The Grimes family has hired an attorney and should be making a statement Tuesday.