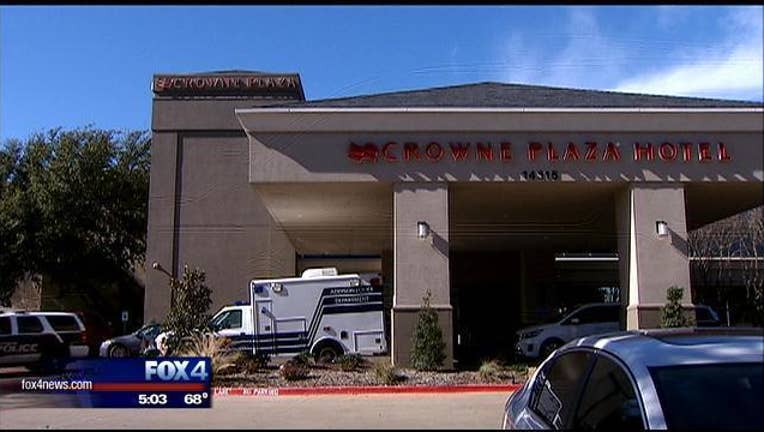 A "gas odor" led investigators to a meth lab at the Crowne Plaza Hotel in Addison.

Firefighters who responded to the call found a room with a leaking propane torch, drugs and drug paraphernalia, police said.

Investigators believe a guest in the room had been cooking meth.

Police have not yet found the suspect.

No one was hurt and the building was reopened shortly afterward.