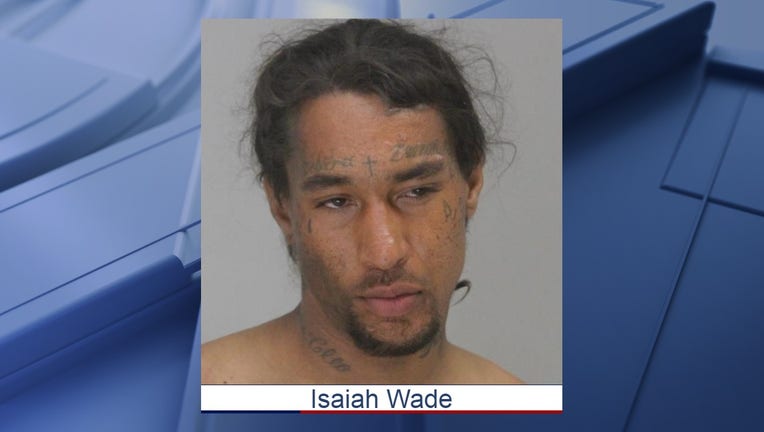 Isaiah Wade has been charged with aggravated assault after being interviewed by police.

The 31-year-old woman was stabbed multiple times and taken to a hospital in critical condition.

Police believe the victim was attacked in the 18th floor electrical closet, where they found a large amount of blood.

According to the incident report, the victim was seen on surveillance cameras struggling to walk after the attack, before eventually making her way to the parking garage.

She wasn’t found until hours later, in the backseat of a Jeep.

Dallas PD released photos and a video as they searched for a person of interest in the attack.

Police said Wade was arrested for an outstanding warrant on Thursday after police were called about a disturbance near Victory Park.

Investigators then determined he was the person of interest they were searching for in the Uptown stabbing.

He was interviewed and then charged for the attack.