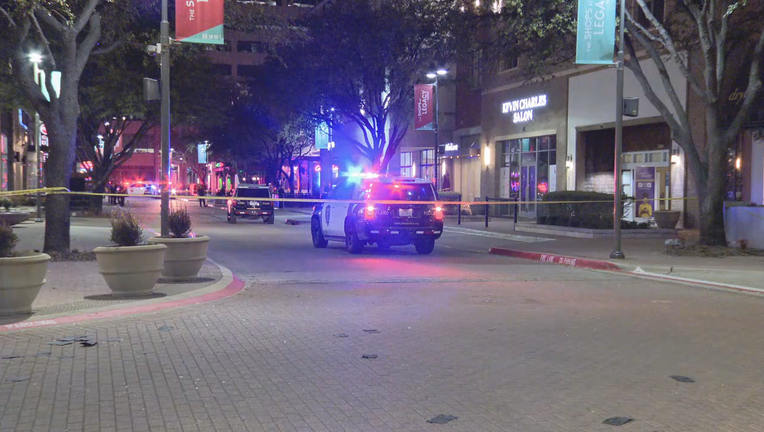 PLANO, Texas - Police said a gunman seriously injured another man during a fight at an upscale shopping area in Plano.

It was at about 2 a.m. when the victim was found on a sidewalk outside the patio of a restaurant at The Shops at Legacy.

According to police, an argument between two men ended in gunfire.

Witnesses said the shooter was seen driving away in a dark-colored car.

Investigators interviewed several witnesses and plan to look at surveillance video to help find the shooter.