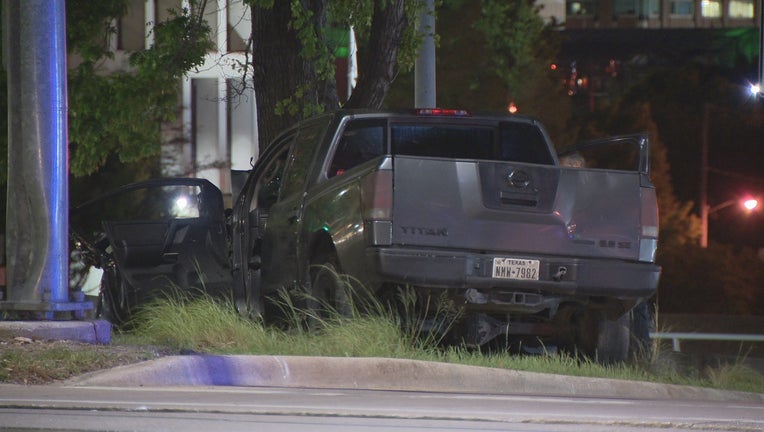 DALLAS - Police will charge a driver with being drunk behind the wheel after a deadly crash overnight near Downtown Dallas.

It happened just after midnight Tuesday near the Woodall Rodgers Freeway and Akard Street. The driver of a gray 2009 Nissan Titan pickup lost control and hit a tree.

The driver was taken to the hospital for non-life-threatening injuries. His passenger died in the crash.

Police said the driver will face charges for intoxication manslaughter, as well as a firearms charge.