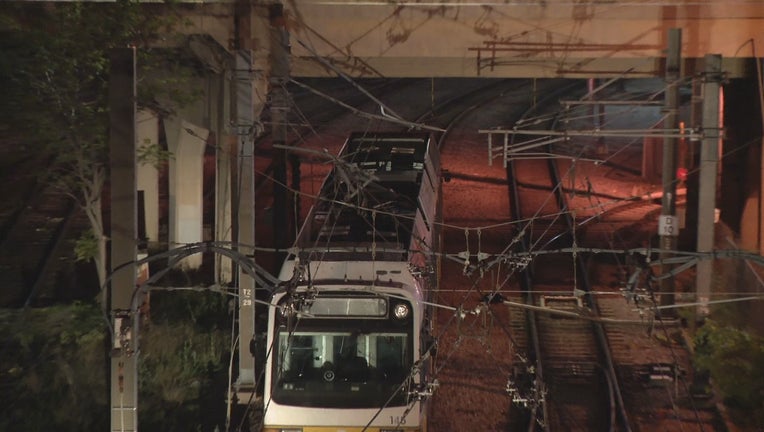 Early Monday, a car went off the Houston Street Viaduct and fell next to the train tracks below. It took out several power lines along the way, which then hit a train.

Passengers on the red and blue lines had to take busses around the damaged area on Monday.

DART warned the repairs could take up to a week because all of the overhead electrical lines needed to be replaced, as well as the poles that hold up the lines.

Those repairs were completed ahead of schedule.

As for the crash, witnesses told police they saw two women running from the car after it fell nearly 40 feet off the bridge.

They have not yet been found.