Paramedic helped others after surviving icy Fort Worth I-35 pileup

One of the first paramedics on the scene of the I-35 West pileup in Fort Worth was there so quickly because he actually survived the crash.

FORT WORTH, Texas - One of the first paramedics on the scene of the I-35 West pileup in Fort Worth was there so quickly because he actually survived the crash.

Trey McDaniel's SUV was among the more than 130 vehicles involved in the chain-reaction crash that left six dead on the icy road earlier this month. He jumped out and immediately started helping other victims.

The 30-year-old says he’s still trying to process it all, but at least he’ll soon have new wheels for when he’s back on the job full time.

McDaniel has a lot to be grateful for.

"It’s crazy to think I was able to crawl out of this and be able to walk," he said. 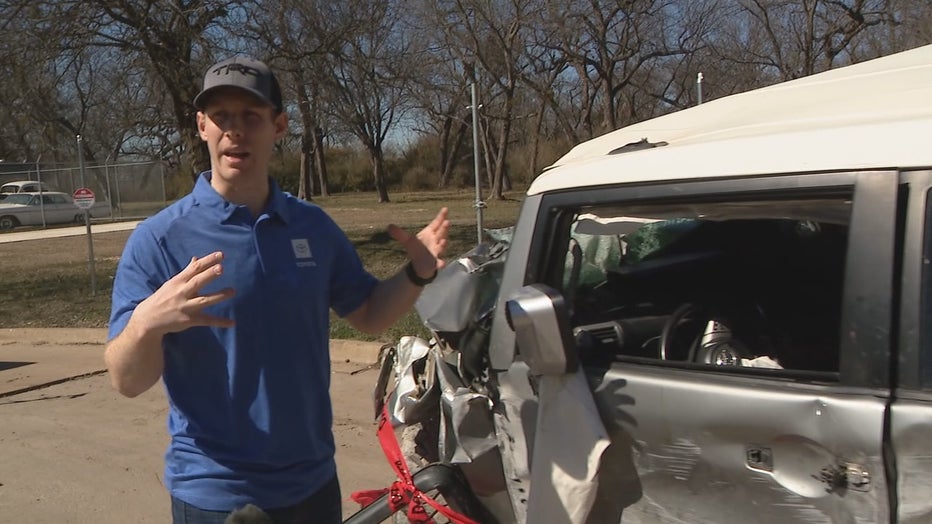 McDaniel’s Toyota FJ Cruiser was a vehicle he cherished. It was one of 135 cars, trucks and big rigs involved in the Feb. 11 chain-reaction crash.

McDaniel was in uniform and on his way to work as a paramedic. His car slid on black ice into the back of another vehicle, pinning him inside. Then, the horror came head-on in his rearview mirror.

The impact catapulted McDaniel’s car into the northbound lanes.

"Landing and the dust settling and everything going quiet," he said. "And the only thing I could hear were other vehicles crashing outside my window and screams of individuals."

Incredibly, only an injured ankle and McDaniel shimmied out the driver’s side window. 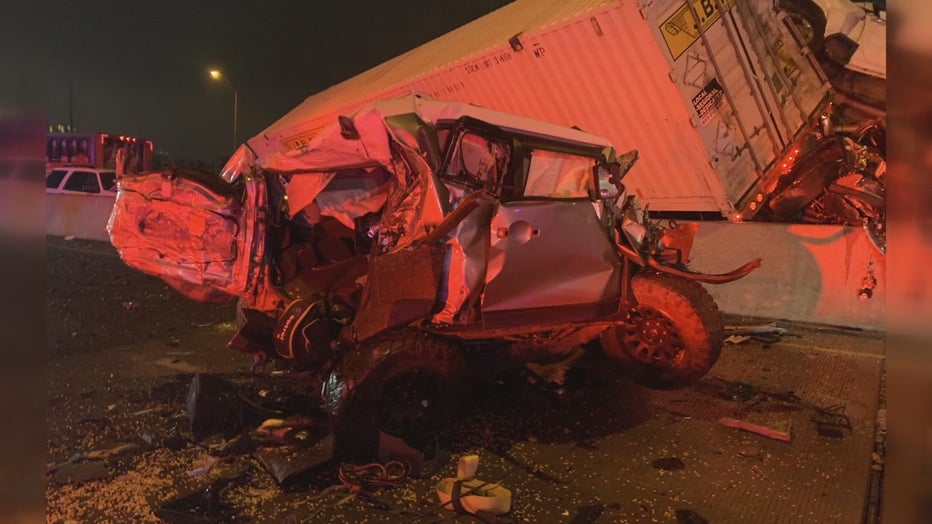 "I think the shock and adrenaline started kicking in," he said.

McDaniel started helping others before his supervisor arrived and realized he’d been involved in the crash.

Seeing his story, Plano-based Toyota reached out to McDaniel who once worked in sales at a local Toyota dealership prior to becoming a paramedic. They offered to replace his now mangled FJ Cruiser in appreciation for his service at the crash.

Monday, McDaniel got interviewed for the company’s internal communications. His new car is coming later this week, putting him back in the driver’s seat to do what he loves most.

"That’s what’s really killing me because I like going to work," he said.

Since the FJ is now out of production, he is getting a new 4Runner instead.