Parade and celebration in Grapevine to honor astronaut Wally Funk

There's so much to celebrate, particularly for those who know Wally Funk like Grapevine Mayor William D. Tate. She was denied the opportunity to go to space decades ago because she's a woman. Now, she's one of the few people who've directly participated in both eras of spaceflight -- in the space race decades ago and now in the age of private competition.

GRAPEVINE, Texas - A woman who recently made history in space will be celebrated with a parade in her hometown of Grapevine.

At 82, the spunky and irrepressible Wally Funk became the oldest person to go into space last week.

She flew alongside space pioneering billionaire and Amazon founder Jeff Bezos in the rocket and capsule his company built.

Funk has been a trailblazer for women in aviation and space flight since the 1960s.

Perhaps Funk’s most famous title is member of the Mercury 13, a group of 13 women who completed Nasa’s astronaut training program back in the 1960s but never got to journey into space. 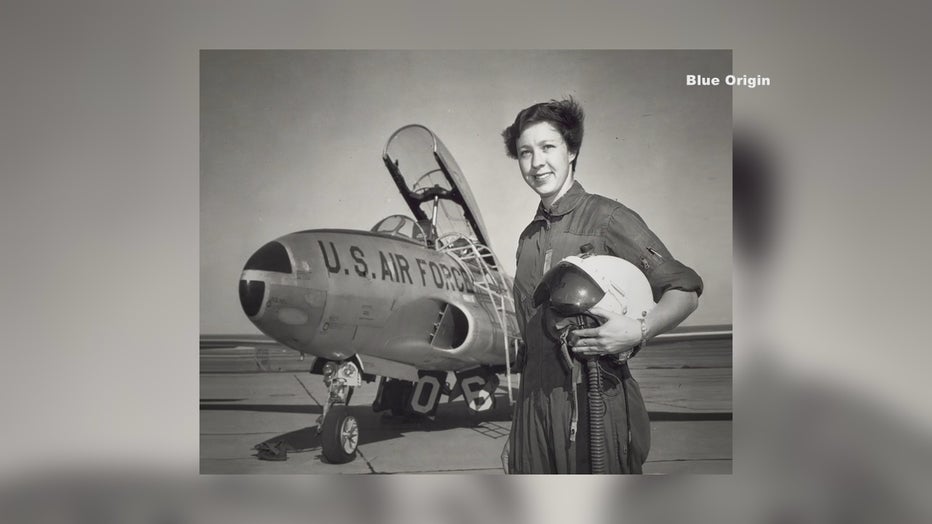 Now she’s one of the few people who’ve directly participated in both eras of spaceflight – in the space race decades ago and now in the age of private competition.

"We’re very proud of our longtime friend and resident Wally Funk. She’s been a pacesetter her entire life and her accomplishments are well-known," said Grapevine Mayor William D. Tate.

RELATED: Wally Funk to be honored with parade in Grapevine

The Wally Funk Day Parade and Celebration gets going at noon Saturday down Main Street in Grapevine.

Mayor Tate expects a large crowd of people who are excited to see Funk and hear her story in-person.

For more information about the free event, visit www.grapevinetexasusa.com/event/wally-funk-day-parade-%26-celebration/33162/.