Blue Origin's New Shepard spacecraft successfully launched into space with Jeff Bezos, a North Texas aerospace pioneer and others on board.

SOUTHLAKE, Texas - Amazon founder Jeff Bezos made his rich man's dream come true on Tuesday riding a rocket that his team built to the edge of space.

But that dream of space flight is something Wally Funk, who lives in North Texas, has been holding onto for more than 50 years.

The one-time female astronaut candidate from the 1960s was also be aboard Bezos' New Shepard spacecraft.

North Texas aviation pioneer Wally Funk embarked on a long-awaited journey into space. And at 82, she’s now the oldest person to ever do so. 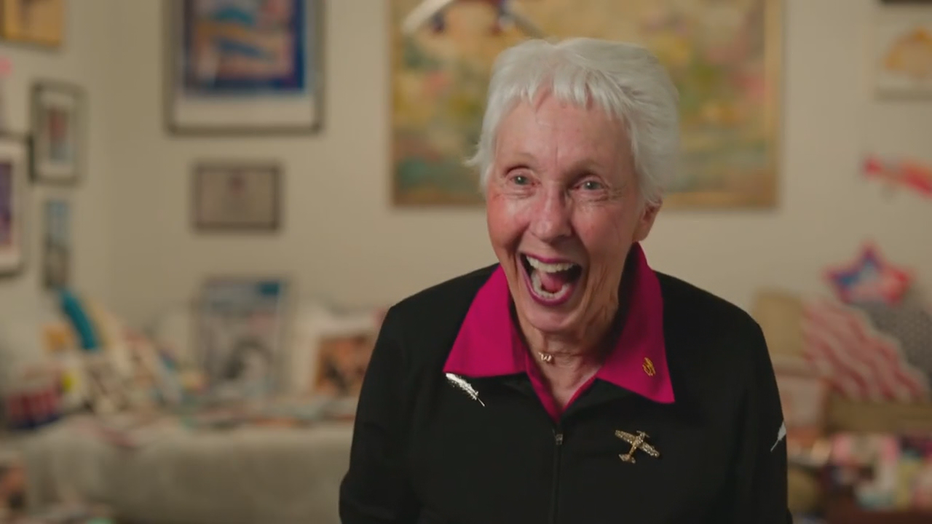 "Now I’m gonna go up with the best team every and we’re gonna show the world what can be done in space," she said before the launch. "Woohoo! I can hardly wait."

The congregation at Whites Chapel in Southlake watched the West Texas launch on the big screen in their sanctuary to cheer on one of their most active members.

Laurie Williams has known Funk for years and calls her the poster child for "it’s never too late to live your dream."

"As a member of our congregation, she brings an energy level that’s like none other," she said. "I asked her how excited she was, and she said, ‘Honey, I’m going to be excited once I get off of the ship. It hasn’t happened yet. I've waited all these years, and i just can't wait.’"

It's an exciting day for the people who know North Texas aviator Wally Funk well. Her friends and fellow church members gathered to watch her dreams come true.

This week’s record-setting flight is just the latest in a lifetime of firsts.

Perhaps Funk’s most famous title is member of the Mercury 13, a group of 13 women who completed Nasa’s astronaut training program back in the 1960s but never got to journey into space.

"We could not be more thrilled to watch her live her dream," Williams said.

"They said, ‘Wally, you’re a girl. You can’t do that! I said, ‘Guess what it doesn’t matter what you are. You can still do it if you wanna do it!’" Funk said.

Bezos also invited his brother, Mark Bezos, along with 18-year-old Oliver Daemen from the Netherlands to join the fight.

Amazon founder Jeff Bezos will make his rich man's dream come true on Tuesday of riding a rocket that his team built to the edge of space.

"The neat thing about that is that Wally loves younger generations," Williams said. "And she loves to sow into that enthusiasm for aviation. That couldn’t have been a better pairing."

Funk was only allowed a small bag on the journey weighing no more than three pounds. But in it, she took a little piece of home up to the heavens.

"We wear these bracelets "God is Big enough" here at the church, and she is taking my bracelet with her to space," Williams said. "Because God did this for her."