Crews are trying to get a handle on a fire burning in Palo Pinto County, west of Fort Worth. FOX 4's Brandon Todd has an update.

PALO PINTO, Texas - Firefighters said they are making progress in fighting a wildfire west of Fort Worth.

According to the Texas A&M Forest Service, the Dempsey Fire in Palo Pinto County is now 36% contained. That's up from 27% on Monday.

The fire began on Thursday in Palo Pinto, six miles west of Mineral Wells. On Saturday, it crossed the Brazos River in a few spots and forced several ranches to move livestock. Some people were evacuated from their homes. 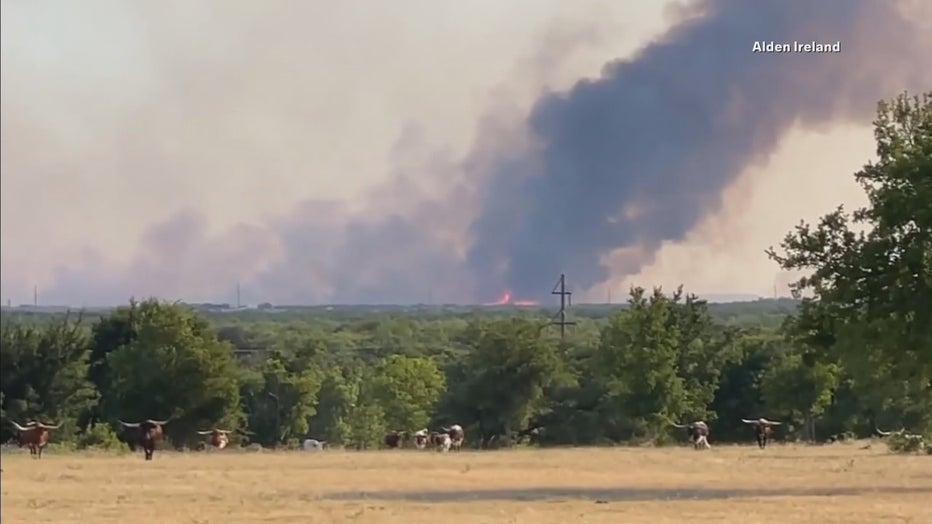 The fire, thanks to dry conditions and winds, has already burned nearly 12,000 acres of mostly ranch land.

Firefighters from Mineral Wells, Austin and other Texas cities were sent to help fight the flames.

"We did conduct several back burn operations of areas of unburnt fuel. The weather conditions were favorable for that. They were able to remove pockets of unburnt vegetation by controlled burning and so that’s really gonna go a long way as far as improving our containment," said Stuart Morris with the Texas A&M Forest Service.

The community in Palo Pinto and Mineral Wells has stepped up to help the hardworking firefighters. Several businesses have donated food and other needed items.

Firefighters from Mineral Wells, Austin and other Texas cities are working together to fight the flames burning in Palo Pinto County. And as they do, the community is coming together to help them with food and donated items. Good Day talked to Morgan Broome with Rancher Navy about a social media campaign to help those who are serving.

"It's been a really difficult year this year. We've had a lot of wildfire activity. These guys have been called out to numerous fires and they are, all of them, volunteers," said Morgan Broome, the chief operating officers for Rancher Navy. "They're leaving time with their families to come and help their community in fighting these fires."

The Texas A&M Forest Service said there was some rain in the area Sunday night. That combined with cooler temperatures is helping firefighters.