The mayor of a Denton County town submitted his resignation after members of a task force arrested him for trying to lure a child for sex online.

PILOT POINT, Texas - The mayor of a Denton County town submitted his resignation after members of a task force arrested him for trying to lure a child for sex online.

Matthew McIlravy was elected mayor of Pilot Point in May. The council accepted his resignation Thursday night.

Thursday evening's regularly scheduled and also packed Pilot Point city council meeting was called to order at city hall, the same building where its mayor was arrested earlier this week.

The newly elected mayor posted bond shortly after he was charged with a second-degree felony Tuesday, accused of online solicitation of a child younger under the age of 14. 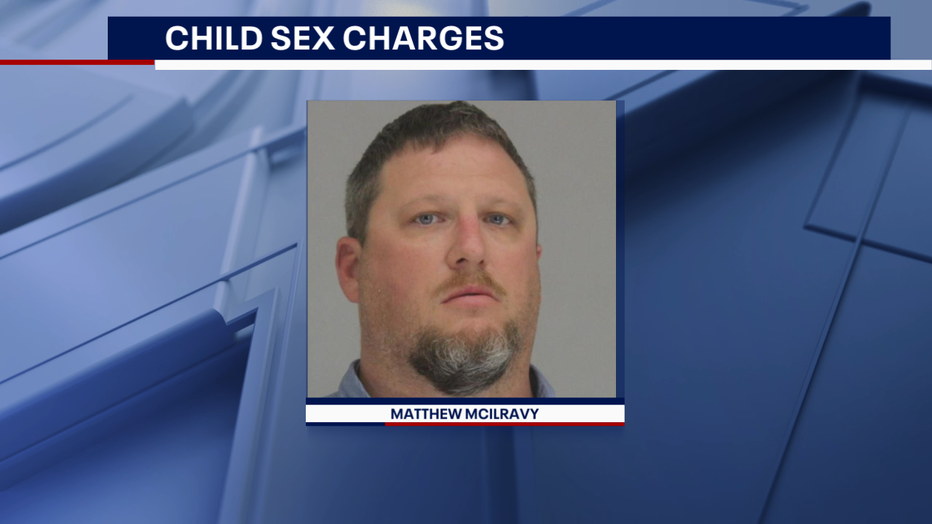 Major read a statement saying he will assume duties of mayor after receiving McIlravy’s resignation letter.

The council will address the vacancy at a later date.

During public comment, none of the three speakers mentioned McIlravy’s arrest.

The agenda stated the forum is not the place to address complaints against public officials or staff, and complaints should be submitted to the city manager in writing.

FOX 4 visited McIlravy’s address Thursday afternoon following his release from the Dallas County jail, but one came to the door.

McIlravy is at the center of an undercover five-month-long investigation by Dallas police, U.S. marshals, and the Collin County DA’s office.

It also revealed communication with additional minors, but an arrest affidavit which details the evidence has not yet been released.

Cell phone video shows a woman and two children walking out the front door as investigators make their way inside.

McIlravy just started his three-year term as mayor in May, but his name has been removed from the city’s website.

The 42-year-old previously served on the Pilot Point City Council since 2019, including mayor pro-tem.

Meanwhile, McIlravy’s name is scrubbed from the chamber he once worked in for years.